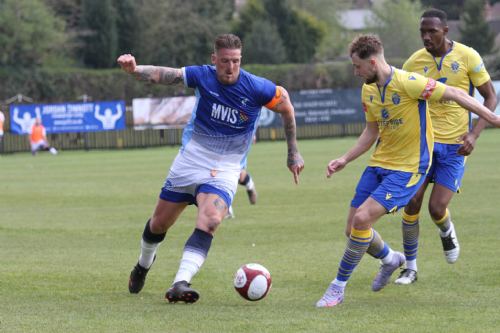 Matlock Town can confirm that club captain and striker Liam Hughes has decided to depart the club to join Worksop Town in Northern Premier League Division One East.

Liam joined the club in 2020 and last season, he captained the Gladiators to a fourth-place finish and scored twelve goals.

Manager Paul Phillips had the following to say on his captain's departure "We are really sorry to see Liam and also his wonderful family who supported him and us all season depart. He will be sorely missed as a leader and a great person on and off the pitch, we wish him and his family nothing but the best going forward and will always be welcome back with open arms."