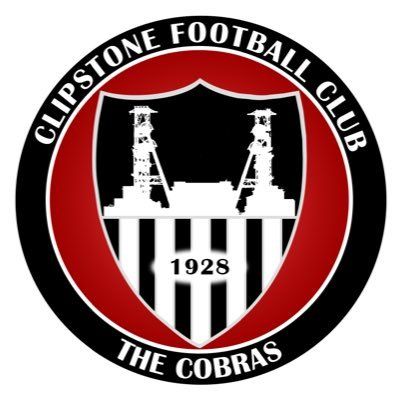 The Gladiators made somewhat hard work of their latest pre-season victory at Toolstation NCEL Division One outfit Clipstone to win the Marcus Beddoe Trophy.

Gladiators boss Paul Phillips was far from pleased with his side’s first half performance when some bad habits surfaced following Ross Hannah’s early strike. The Cobras weathered the storm and as Matlock lost their earlier grip, the underdogs took their chance as Jack Warwick levelled to leave the game all square at the interval.

Matlock’s superior fitness and a more business like display in the second half paid dividends as Alex Byrne, John Pritchard and Craig Carney all scored to earn the win most people expected.

A minute’s applause was held before the kick off to honour Marcus Beddoe, a former Gladiators reserves player and latterly a Cobra.

When the match got under way, Callum Chippendale twice went close in the opening ninety seconds before after 8 minutes HANNAH escaped down the inside left channel to loop a clever finish over the goalkeeper to put Matlock in front.

A Declan Walker header from a cross by Jesurun Uchebgulam was blocked before an Alex Byrne shot was cleared off the line but in between a Clipstone forward broke through on the right from a quickly taken free kick to be one on one with Shaun Rowley, but he slipped at the most inopportune moment and the danger passed.

WARWICK headed wide shortly afterwards for the hosts before on 36 minutes finding himself totally unattended down the middle and a calm finish beyond Rowley punished some recent sloppy work from the Gladiators.

Byrne’s free kick from a promising position was comfortably held by the goalkeeper to leave the Cobras, managed by former Gladiators boss Dave Hoole, very satisfied with their efforts so far.

Matlock had three trialists in their squad and Trialist B broke through early in the second period but lost control as he was about to pull the trigger.

John Pritchard’s penetrating break down the left led to Matlock regaining their lead on 56 minutes, the ball eventually dropping sweetly for BYRNE to fire home a low shot off a post. Byrne was wide with a long distance effort before PRITCHARD doubled the advantage on 61 minutes, Byrne returning the compliment with a deft pass through the heart of the home defence for Pritchard to comfortably slot beyond the helpless goalkeeper.

Kayde Coppin’s fierce strike brought about a wonderful fingertip over the bar from the hosts’ custodian, but with thirteen minutes left, |Trialist C’s cracking cross from the right found CARNEY at the back post to drill in the Gladiators’ fourth.

Carney volleyed wide, Uchebgulam was denied brilliantly by the goalkeeper and Trialist A knocked Byrne’s cross high over the bar as Matlock finished strongly.

Clipstone had a speedy and tricky right winger who in the second half caused Matlock a lot of trouble, forcing Rowley into an excellent diving stop and cutting in to fire across the face of the goal.

Matlock had done enough for Byrne to be presented with the cup but would acknowledge there were sloppy moments that would have been punished in a league encounter.