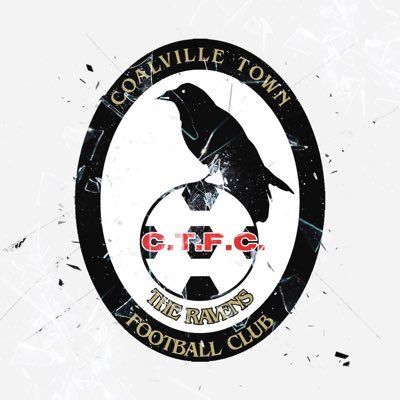 GLADIATORS FIGHT BACK TO WIN ON PENALTIES

Matlock Town staged an excellent fightback on Tuesday night to come from two goals down at half time to knock out Coalville Town and qualify for the first round proper of the FA Trophy.

Goals from Reece Kendall, Spencer Harris and Declan Walker put the Gladiators 3-2 in front before Coalville found an instant equaliser late on to take the game to a dreaded penalty shoot-out. Shaun Rowley was the hero of the hour as he made two saves to send Matlock through.

The Ravens took the lead after only five minutes through the impressive Tim Berridge. A cross from the right wing found Berridge inside the area and after a good first touch, the in-form striker was able to slam the ball home from close range.

The Ravens doubled their lead in the 36th minute thanks to more inspired play from Berridge. The forward beat Adam Yates for pace and was able to slot the ball home comfortably past the oncoming Rowley.

The Gladiators did have chances in the first half but were not able to put any of their opportunities on target. Osebi Abadaki, Ryan Qualter and Callum Chippendale all had good chances that were flashed wide of the post when the target really should have been hit. Despite these chances, it looked like it was going to be a real mission for Matlock to get back onto level pegging. The Gladiators were playing without the suspended Liam Hughes and Kade Coppin plus the unavailable Joe Bunney and it looked like the lack of an out-and-out striker would cost Matlock a place in the first round proper of the FA Trophy.

The fightback began immediately though in the second half. After around only ninety seconds from the re-start, Kendall managed to bundle a header home from close range inside a crowded penalty area.

It looked like the Ravens had taken the eye off the ball and were now suddenly caught on the ropes. With a goal back, Matlock quickly ramped up the pressure and after only six minutes of the re-start Spencer Harris found himself completely free in the penalty area and was able to easily head home from twelve yards out following a lovely left-wing delivery from Alex Byrne.

With the match back on level terms so quickly after the re-start, the remainder of the second half was a frantic affair and was an excellent cup tie to watch with both teams going all out for the win.

Incredibly, the Gladiators almost scored another just two minutes after the equaliser when Abadaki saw his effort from the edge of the area smack the woodwork. Ten minutes later, it was Coalville’s turn to hit the woodwork when Berridge came incredibly close to a hat-trick as his 18 yard effort hit the cross bar. Shortly afterwards, Alex Byrne had his hands on his head in anguish as his effort from twelve yards out narrowly went over the bar.

With fifteen minutes to go, it looked like the Gladiators had the game sewn up when Declan Walker’s header following another excellent cross from Alex Byrne flew just under the bar and nestled into the back of the net. However, the Ravens found an instant equaliser to make it 3-3. The impressive Berridge ran into space towards the by-line on the right wing and his pass managed to find Luke Shaw at the back post and he smashed the ball home from only four yards out.

With no extra time in place, the tie went straight to a penalty shoot-out after the end of ninety minutes to decide who would go through.

It was the Gladiators who held their nerve as Walker, Byrne, Qualter and Chippendale all converted their penalties while Shaun Rowley made two saves to knock out Coalville after a thrilling cup tie.

Matlock Town’s reward is an away trip to Coleshill Town for the first round proper of the FA Trophy but we still don’t know yet as to when exactly this tie will take place due to the competition now having to be paused because of the incoming national lockdown.

This will be Matlock’s final game for at least four weeks as this year continues in its unprecedented fashion and football from Step 3 and below must now take a back seat and wait for the go-ahead again to start where it left off in early December.

GLADIATOR OF THE MATCH: Alex Byrne

“I thought we were unbelievable. We’ve had fourteen lads self-isolating over the past two weeks. We’ve had one training session for an hour since then. We’ve not been able to do anything else. So to come here and put on a performance like they did…what a group, to give us that kind of effort. Coalville have been flying, don’t think they’ve been beaten this season. To show that kind of character tonight against them, absolutely unbelievable. In the first half, I think we did things that were out of character but we put that right at half time – we put on the right people in the right areas”

“In the second half, we were outstanding. A lot of teams will come here this season and get rolled over. We got the goals back at the right time. I think everyone associated with the team: players, board, spectators – they can all be very proud with what the team did tonight.”