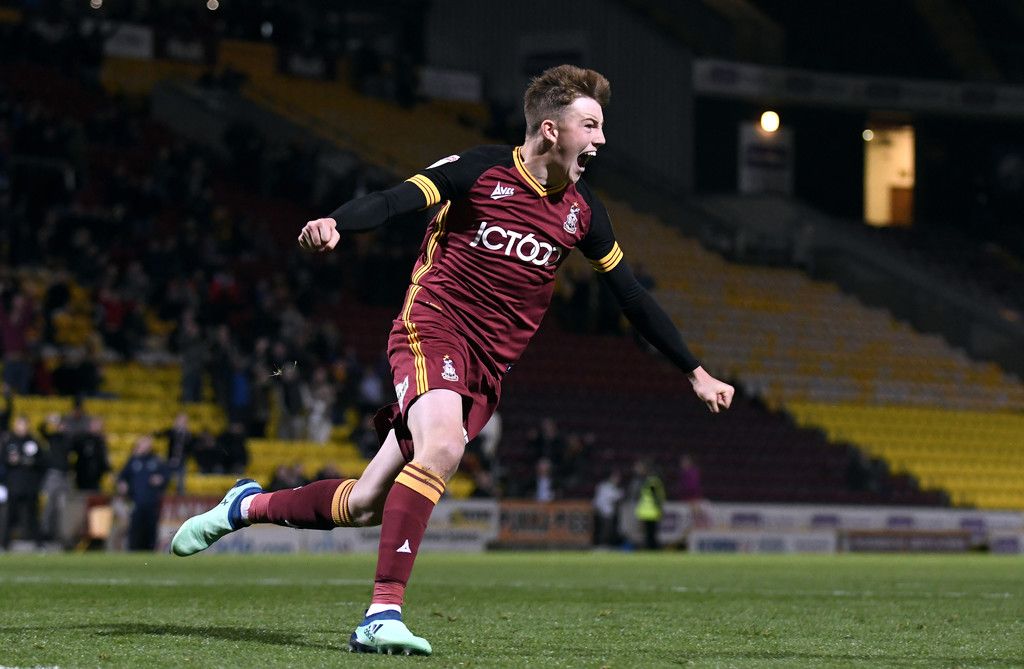 Goldthorp has come to Matlock from Bradford City on work experience having made four League One appearances for the Bantams in 2018/19.

His debut for City was in an EFL Trophy tie against Everton Under 21’s which ended 1-1 but Goldthorp scored the deciding spot kick in a penalty shoot out.

Earlier this season he had a loan spell at Mossley scoring a hat-trick in an FA Trophy tie against Cleethorpes Town.

Goldthorpe later had a spell on loan at Radcliffe.