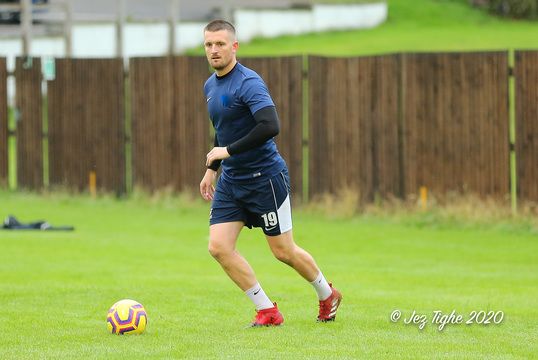 Qualter (28) was released by Alfreton Town at the end of the 2019/20 campaign, having been with the Reds since moving from Boston United a year earlier. He had joined Boston in January 2018 with current Matlock goalkeeper Jon Stewart, the pair having been together at Shaw Lane.

Having previously been with Ossett Town and then Bradford Park Avenue, Qualter has plenty of experience in both the Northern Premier League and National League North, a point not lost on Phillips.

“First and foremost he’s played with a lot of the lads we have here already. He’s a leader who’s captained sides and his example both on and off the pitch will serve as an example to all those around him. He conducts himself brilliantly and he’s what we missed last season, a centre half who can be a problem in both boxes.”

Matlock beat a host of other sides to his signature including teams from the National League North.

“It’s a brilliant advert for the club and at the age he is, he can be a fixture here for a number of years as we strive to move the club on” Phillips added.