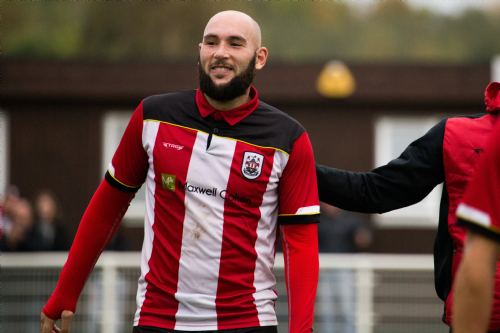 Nottingham based Bertram (30) has had two spells at the Raygar Stadium sandwiched around a season at Ilkeston Town. He began his non league career at Basford United and has also played for Carlton Town in the NPL.

Standing at 6 foot plus, he is a tough tackling midfielder who can also operate in defence so he offers valuable versatility to manager Paul Phillips.

“Riece can play the holding midfielder and there may be times we need him to slot in alongside Leesy (Mark Lees)” Phillips explained.

“But he can also play as a centre half which gives us a little more leeway, and now we’re going to lose Ryan Qualter for three games after his sending off, in hindsight it gives us more cover there. He offers us versatility and flexibility in the defensive area. Also we’ve asked a lot of Leesy and if anything happens to him, we’ve got Riece.”

Phillips has had his eye on Bertram for some time.

“We put seven days in on him a while back, he spoke to his manager and has decided to make the move here. He knows that like anyone else, he’ll have to fight for his place but I’m delighted to have him on board.

Bertram could feature in Matlock’s home clash with Grantham Town on Tuesday night.

Coach to Whitby Town | 12.2.22Hotshot Webb-Foster joins from Colne FC as Uchegbulam heads the other way on loan