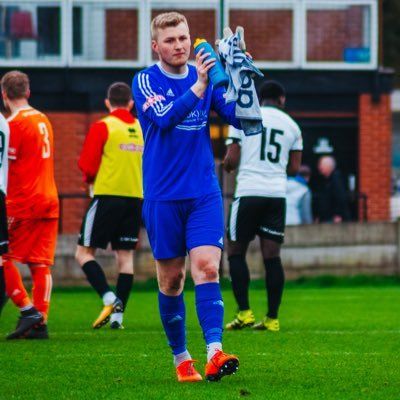 Matlock Town is pleased to announce the signing of twenty-year-old goalkeeper Kyle Trenerry from Farsley Celtic.

Trenerry began his career with FC Halifax Town before moving to Farsley when he played a key role in Farsley’s NPL championship-winning side last season. The addition of Trenerry came after winger Jude Oyibo, formerly with Phillips at Stalybridge, Glossop and Buxton, joined from Alfreton and central defender Ellis Roberts was signed from Southport after a five years spell in America.

“Jake Greatorex’s loan will soon be up and with the games Barnsley have, they want him back and of course we thank Barnsley for their help in letting us have Jake.” explained Phillips.

“We’re not exactly sure how long Jon Stewart will be out for although I know he wants to get back as soon as possible. With all the games we have we wanted to be sure we had good cover in the goalkeeping department, Kyle has good Conference North experience and he’s here to push Jon for the number one spot.”