Gladiators broken in to for third month in a row 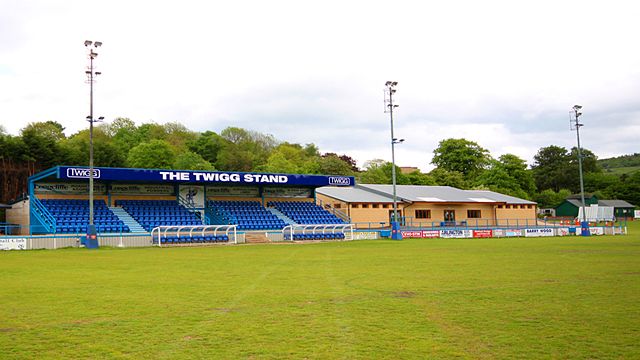 Matlock Town have been hit by a third break-in at their Proctor Cars Stadium in three months, the last one on New Years Day night being the most serious.

Their Shorts Lounge premises, which celebrates its tenth birthday in March, was on the receiving end of the criminals who had tried their luck on their building just a few weeks earlier. The first break in was to the club shop at the entrance to the ground.

The latest incident though is the most serious which has both angered and bewildered club officials.

The invaders broke through some strong doors to get to a safe containing some cash which was removed from the premises, leaving broken glass and debris.

“Although we have insurance cover, that’s not really the point” said Chairman Tom Wright.

“There’s a cost to the club anyway and it’s also heartbreaking for not only club officials but for all the volunteers and helpers we have associated with the club. Obviously now we’ve got to look into increased security measures and there’s a cost to that. Matlock Town is a community based club with lots of organisations such as the Alzheimers Group, Bridge Club, U3A, Mencap and other local charities and organisations all using our premises. For the last two years, we’ve also hosted a special Christmas Day lunch for the less fortunate in the area who otherwise wouldn’t have one.”

Matlock had to act quickly to carry out the necessary repairs ahead of their home fixture with Basford United last Saturday.

“With money being tight, it’s an expense the club could well do without” added Mr Wright.

“We’ve got a fantastic facility on the ground that’s available for everyone in the local area to use, whether it’s for a birthday, wedding, anniversary or wake, something that the town’s been crying out for over a good many years. To their credit, the police were on scene very quickly. But we need to make it as difficult as we can to prevent this from happening again. If there’s any local businesses that could help us in this regard, whether it be with advice, labour or financial assistance, we’d be delighted to hear from them.”