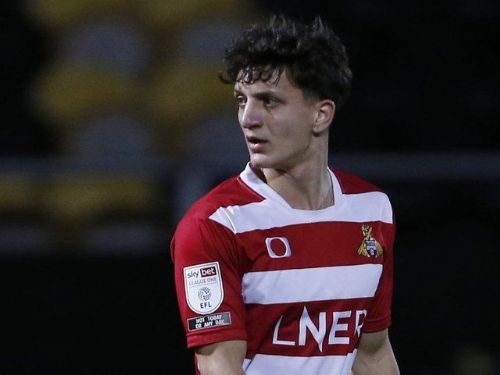 Matlock Town FC is pleased to announce the loan signing of nineteen-year-old midfielder Lirak Hasani from EFL League One Side Doncaster Rovers.

Hasani joined the Rovers academy when he was eleven years old and has worked his way through the youth system, eventually making his debut for the first team at the age of sixteen away at table-topping Luton Town.

In all, he has made four first-team appearances for Rovers and was an unused substitute in their penalty shoot-out victory in the Carabou Cup at Walsall on Tuesday night. Last season he was on loan at National League North Gateshead before the campaign was curtailed due to the Covid pandemic.

“He’s an experienced second-year pro who’ll offer us something a bit different in the centre of the midfield, I feel we need someone with a bit more creativity in there” Phillips explained.

The Matlock boss kept his cards closely to his chest regarding the other two potential new recruits but confirmed that the loan signing of the striker from a Football League club is off for at least the time being.