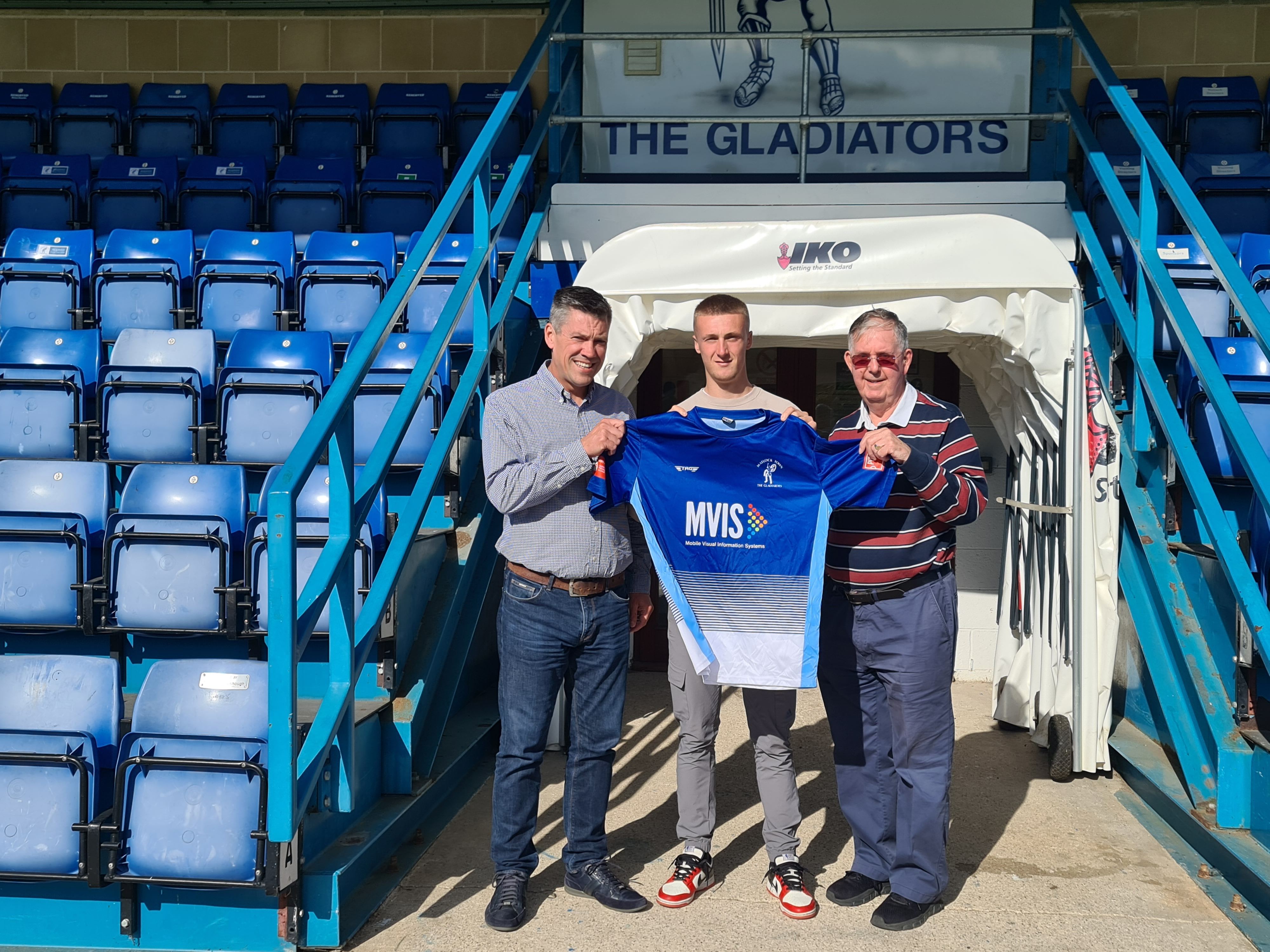 Matlock Town manager Paul Phillips says the club has pulled off a “massive coup” with the signing of midfielder Jordan Barnett.

The 22 year old played as a trialist in the Gladiators home pre-season friendly with Sheffield on Tuesday and left the file to loud applause from the crowd in the second half after a hugely impressive performance.

Last season he made 37 appearances for Yeovil Town in the National League but was released by the Somerset outfit during the summer.

Barnett was in the youth teams of both Sheffield Wednesday and Barnsley before beginning his senior career at Penistone Church. He secured a one year deal at Burnley before returning to Barnsley in 2018 but was released two years later and he joined Pontefract Colleries.

A return to the full time game followed with Oldham Athletic in September 2020, Barnett making 18 first team appearances for the Latics. When his contract expired, Notts County came in for him and he remained at Meadow Lane until the end of the 2020/21 campaign scoring one goal in twelve appearances. Then came his move to Yeovil.

Matlock manager Paul Phillips could not hide his delight in getting the Barnett deal over the line.

“It’s a massive coup and it shows our intent” said Phillips.

“He played 37 National League games for Yeovil last season and we’re delighted to have him on board. I’m grateful to Simon Heaton at New Mills who I know well and is a good friend of Jordan’s. He put me on to Jordan who has had other clubs after him further up the pyramid. But he came down and played the other night against Sheffield and wants to be part of it here. He’s a proper player as we saw on Tuesday, he can also play in two or three positions so it’s a great signing for us.”

Chairman Jay Beaumont paid tribute to the effort put in by Phillips and his management team to secure the deal.

“Phillo’s a workaholic and this signing underlines all the hard work that goes into bringing a quality player to the club. It’s just not like going into a sweet shop to buy quality players, we know that deals take time and as a club we appreciate the effort Phillo and his management team do and this lad is a quality player. If he gets the man he wants, we’re happy to support him when he finds these players”

Barnett is expected to feature in Matlock’s final pre-season friendly at Carlton Town tomorrow (Saturday) when Alex Wiles, Reece Kendall and Al Byrne should also return after being on holiday.