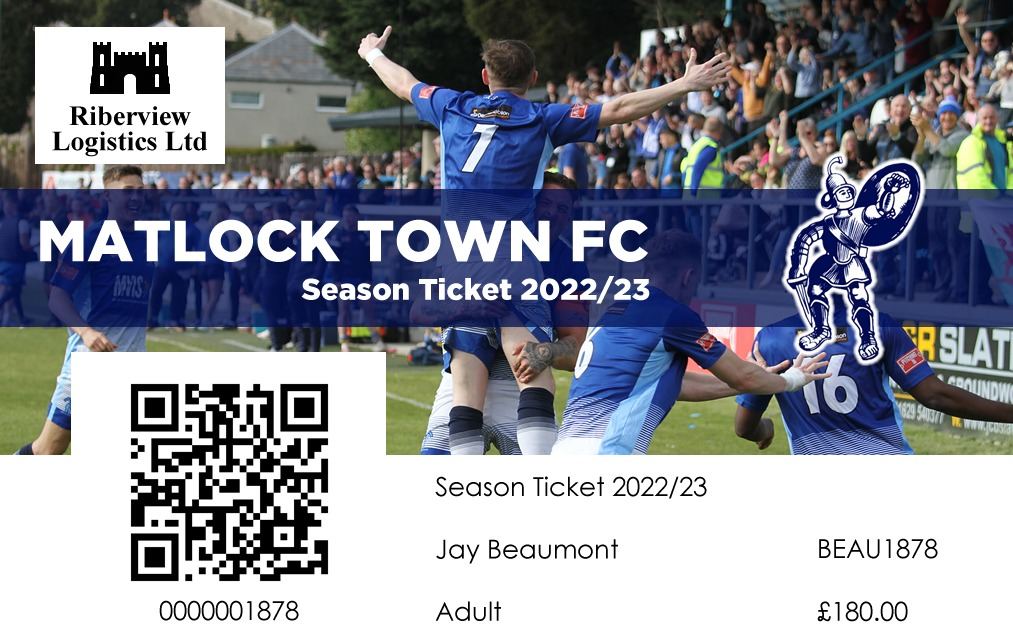 Matlock Town have smashed their season ticket sales record ahead of the new season.

This week the Gladiators announced an extension of the early bird offer to midnight on 7 August following the announcement that the Matlock Town Ladies will be playing all of their home matches at the Proctor Cars Stadium. Season ticket holders can get free admission to the games.

So there is still time for the 150 adult season ticket figure to be reached.

Matlock Chairman Jay Beaumont is delighted with how season ticket sales have gone.

“We’re extremely pleased with the backing the fans have given us with season ticket sales, you’ve now all got a few extra days to purchase an early bird ticket if you haven’t already done so. We’ve also handed out 270 free junior season tickets for the youngsters are our fans of the future so we’re hopeful of attracting some bumper crowds at the Proctor Cars Stadium this season.”