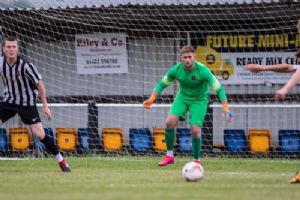 Matlock Town is pleased to announce the signing of twenty-one-year-old goalkeeper Sam Ogden subject to NPL and FA approval.

Sam, has previously played for the Gladiators at the Reserves and Academy level as well as having spells at Staveley MW, Teversal FC, Clipstone FC and Hallam FC.

He featured for the Gladiators last season in the 0-1 defeat to York City in the Buildbase FA Trophy at short notice impressing Manager Paul Phillips and was involved in last night's preseason friendly against Mansfield Town.