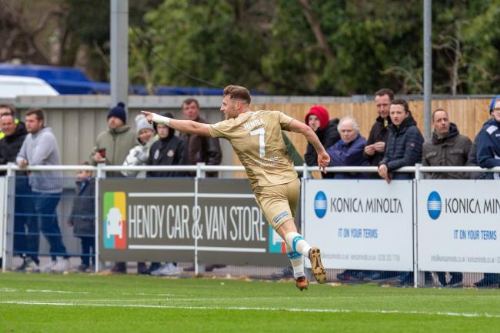 Hindle only signed for Matlock in January after Town boss Paul Phillips had tried to bring him in earlier, only for Hindle to pick up an injury during fitness training at St George's Park.

Phillips has since maintained that Hindle needed to increase his fitness levels and with the signing of Marcus Marshall, Hindle appears to have gone down the striking pecking order at the Proctor Cars Stadium.

Hindle appeared as a 90th minute substitute in the 1-0 home defeat by Lancaster City on February 5.

Hindle is a former Radcliffe striker having played for them and fellow non league sides 1874 Northwich and Colwyn Bay before making his mark at Barrow in the National League where he scored a brace on his debut. He was the Bluebirds top scorer in 2018/19.

"We needed Jack to get fitter but Radcliffe have come in for him so we move on and wish him well," said Phillips.