Kendall gets England C call up 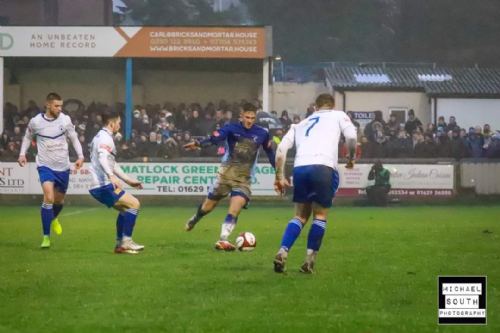 Matlock Town wing back Reece Kendall's excellent season has been rewarded with a call up for the England C contingency squad for their upcoming match against Wales.

Kendall (22) joined the Gladiators from Brighouse Town during the summer of 2020 and has soon become a fans favourite.at the Proctor Cars Stadium for his all action displays down the left capped with some pin point crosses and a huge throw.

Kendall has also netted eight goals for the Gladiators so far this season and is the only NPL player to receive a call up.

His manager Paul Phillips says there is still more to come from Kendall..

"We brought him in from a lower league club where he'd played about forty or fifty games, we've invested in the lad as we always knew there was something there. There's a long way to go, the lad's done well and it shows how good our scouting system is. He clearly wants to better himself. It's important now he remains grounded and keeps himself on an even keel by continuing to work hard. I'm delighted for Reece, his family and it's an honour for the club. Congratulations to him from everyone at Matlock Town Football Club "