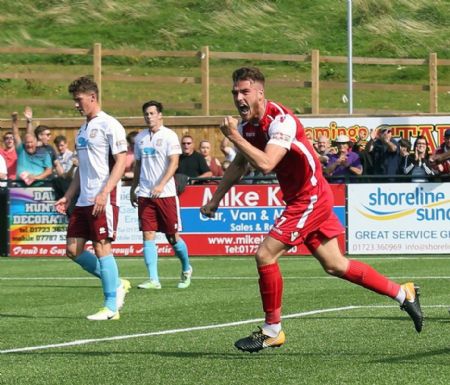 Matlock Town is pleased to announce the signing of twenty-six-year-old midfielder Nathan Valentine on a loan for the remainder of the season from Stalybridge Celtic.

Nathan is primarily a central midfield player who can play right-back. central defensive mid or central attack mid, who has good experience in the NPL at the likes of Frickley Athletic and Scarborough Athletic where he previously played under Gladiators manager Steve Kittrick and also a short spell in the National League with Harrogate Town.

Outside of the sport, Nathan is a male model and head of Pro Direct Academy Manchester

Nathan will be included in the squad for tomorrows match at Scarborough Athletic.