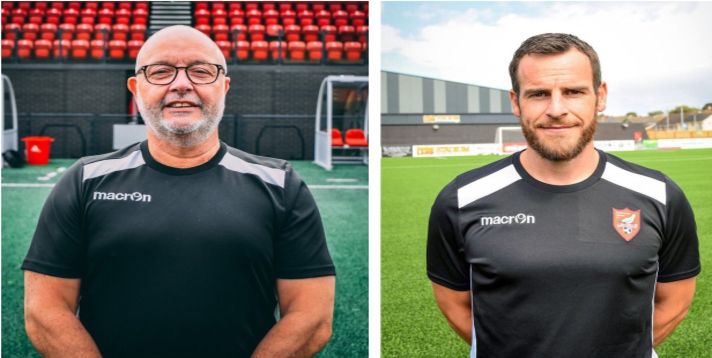 Steve Kittrick has been appointed as Matlock Town’s new manager in succession to Dave Frecklington who left the Proctor Cars Stadium after the Gladiators’ final day defeat at Stafford Rangers.

Kittrick (61) has extensive managerial experience in the Evo_Stik NPL, Conference National and Conference North leagues and after serving his apprenticeship in local football in West Yorkshire and at Northern Counties East League level, he took over at Ossett Town, leading the Ingfield outfit to a sixth-place finish in the Evo-Stik NPL Premier Division in 2006.07 before moving to Guiseley in November 2007.

Under Kittrick’s guidance, Guiseley won the NPL Premier Division title in 2009/10 after capturing the NPL League Cup a season earlier. They would make the playoffs in Conference North but could not win through to gain promotion and Kittrick left Nethermoor during the early part of the 2013/14 campaign.

Kittrick was appointed as manager at AFC Telford in December 2014 with the Bucks struggling in the Conference National League, and despite an upturn in results, the Bucks were relegated from the non-league pyramid’s top tier. After a poor start to the 2014/15 campaign, Kittrick and Telford parted company.

In the early part of 2016, Kittrick was appointed as Scarborough Athletic’s new manager, the Seadogs finishing the season as League Cup runners-up and in the following season, he managed Scarborough to the playoff final only to lose to Ossett Town.

But Kittrick led Scarborough to promotion to the NPL Premier Division in 2017./18 and Scarborough were in and around the top six or seven for long spells and were league leaders before he was dismissed as the Seadogs manager in March 2018.

Kittrick will be assisted by former Grimsby Town midfielder Chris Bolder who was with him at Scarborough and has had previous managerial experience at North Ferriby United.

Speaking on Monday, Kittrick says Matlock will be targeting the playoffs and silverware.

“It's an honour to be the manager. Matlock is a well established non-league club who’ve underachieved on the pitch during the last two or three years. We’re wanting a team hungry to win things, they’ll be fit and play entertaining football. All of the teams I’ve managed have played good football.”

Kittrick will be speaking to the current Matlock squad this week.

“I’ll be chatting to the players and see where we are. I understand that the club has a really good academy, my belief is that if they’re good enough, they’re old enough. I have plenty of targets, it’s a funny time of the year at the moment with players going for who pays the biggest money. We’ll be fishing in a different pond for our players but we aim to get a really good side together to entertain the fans. Chris (Bolder) and I haven’t come to make the numbers up, we want to win something. Off the pitch everything’s right, people are working really hard, now we want success on the pitch”.

“We had forty applications and some very good ones at that and we’d like to thank everyone who has applied but we felt that Steve was the outstanding candidate to take this club forward. His cv is impressive and we now ask all our fans to get behind him, Chris and his team.”