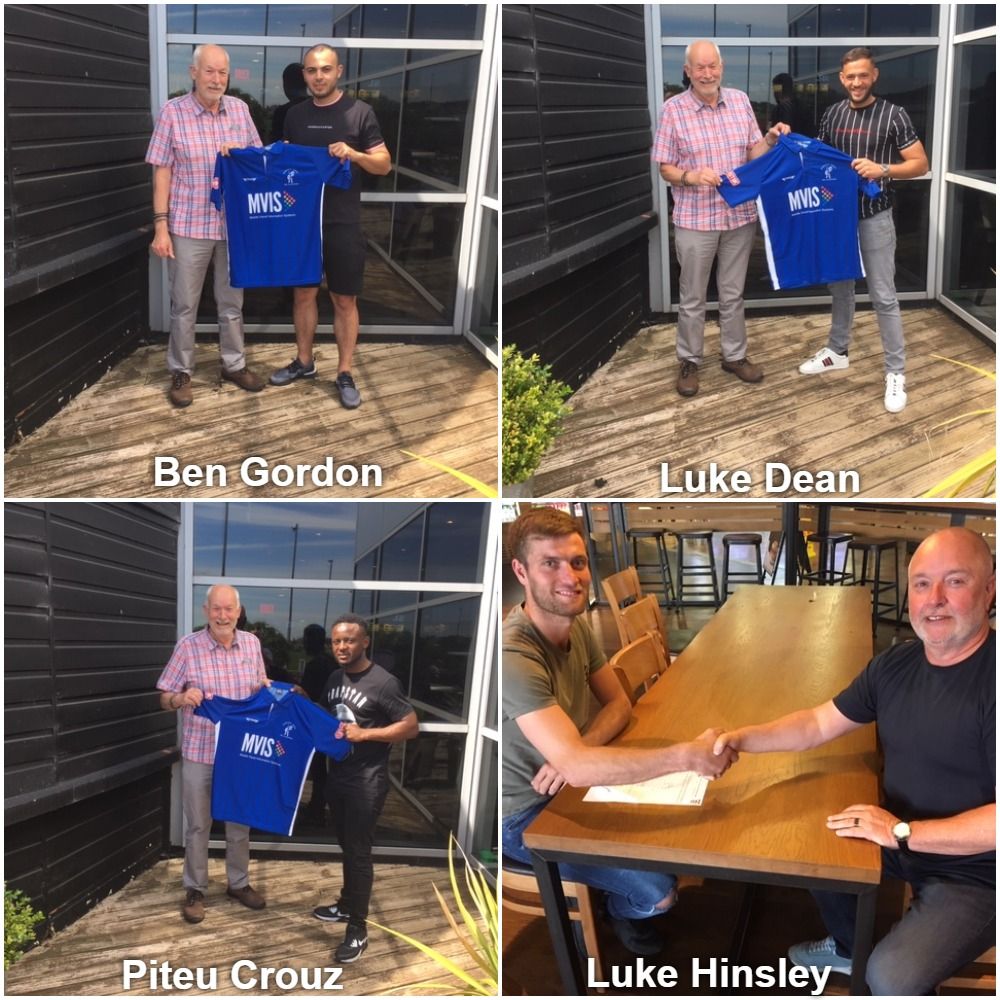 One of the “new” men is well known to Gladiators fans as striker Luke Hinsley has returned from Frickley Athletic after serving a five months spell under Dave Frecklington’s stewardship last season.

The Town manager says all four of his signings are hungry for success.

“I’ve had good chats with all four of the lads and they all want to come here and do well, they’re hungry and some feel they have a point to prove. They’re good football players who want to progress” said Kittrick.

“Luke Hinsley contacted me saying he would like to come back. I’ve known of him previously from his time at Frickley and he wants to try again at Matlock. He’s honest, hard working and gets his share of goals so we feel that it’s worth giving him that opportunity.”

Crouz (22) proved to be a difficult opponent for the Gladiators when they edged to victory over Belper in last season’s Derbyshire Senior Cup quarter-final. The former Leeds United man, who joined Belper from Goole at the start of last season, stood out on the night and claimed an assist as Belper took the lead in the cup tie.

“Piteu was the young player of the year in the East Division with Belper last season, a good exciting player who scores goals who wants to move up the leagues” Kittrick added.

“I’ve known Luke Dean for a good few years now having had him at Scarborough. Fans there didn’t see the best of him, he’s had a maniscus operation and now he’s looking to having a good pre season. He had three years at Bradford City and knows the game, he’ll be a good creative midfield player for us.”

As for Gordon, Kittrick feels he underachieved at Gainsborough last season after his move from Shaw Lane. He began his career at Leeds before moving to Chelsea before playing both north and south of the border with the likes of Kilmarnock, Ross County, Scunthorpe United, Birmingham City and Colchester United. He has represented England at under 16, 17 and under 20 levels.

“To me, he underachieved at Gainsborough, maybe the style of play there didn’t quite suit him. He’s an exciting and technically very good footballer. I’ve known him for a long time and I’m looking forward to working with him. He’s got great quality on the ball

and he’s told me he’s looking forward to the challenge at Matlock.”

Further signings are expected in the coming days and Kittrick has been speaking to current Gladiators with defender Dwayne Wiley and striker Marcus Marshall having agreed terms. Captain Adam Yates is on holiday with Kittrick set to speak to him on his return. Kittrick is also currently in talks with midfielder Michael Williams.