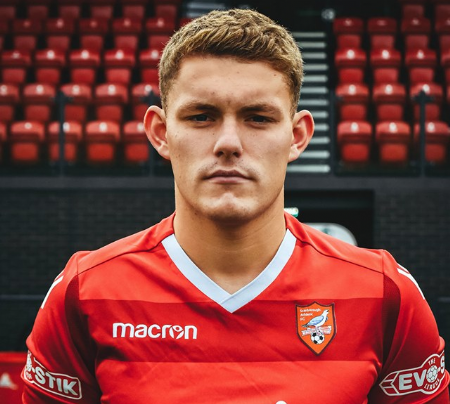 Gooda (22) played under Kittrick at Scarborough and was one of a number of players released by the Seadogs during the summer.

He began his career with Barnsley before having spells at both Frickley Athletic and Harrogate Town before making the move to the Yorkshire Coast from Harrogate, initially on loan in December 2017. He signed on a permanent basis for Scarborough and was a key player as Kittrick's side won promotion to the NPL Premier Division at the end of the 2017/18 season.

Gooda, described by John McCombe, Hyde's assistant manager as " a good centre half who is comfortable on the ball with a wealth of experience for his age" will be added to the Gladiators squad for Saturday's home clash with South Shields.

He joins Luke Dean, James Williamson and Josh Lacey at Matlock who were his teammates at Scarborough.