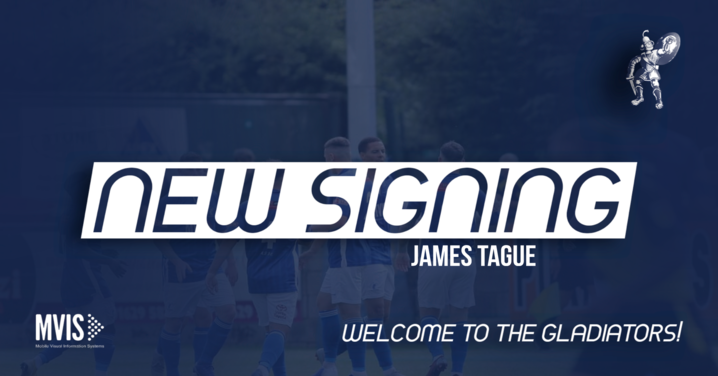 Tague spent eight years with Derby County and while with the Rams he was one of thirty boys selected for a series of England under 15 training camps.

He was a student at St Benedict’s Catholic Voluntary Academy in the city when he was offered an Elite Player Performance plan by Mansfield Town where he spent two years before his released by the Stags a few weeks ago.

Tague.who has become Kittrick’s twelfth new signing, will be in the Gladiators squad for Saturday’s pre season trip to Frickley Athletic.