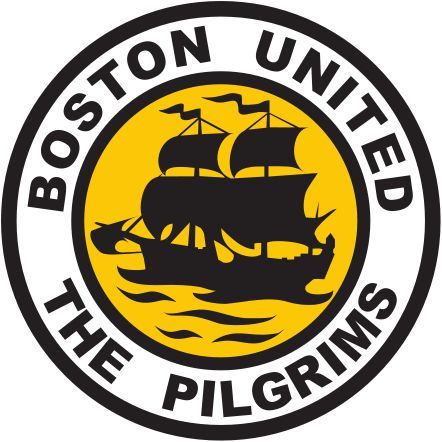 A top quality brace from substitute Ross Hannah including a 90th decider saw Matlock beat National League North Boston United in a thriller in the rain at the Proctor Cars Stadium on Friday night.

It was hard fought with no quarter asked by either side, had it been a league game there would have been several yellow cards instead of the one issued to Alex Byrne for a high challenge on his namesake Shane shortly before the interval.

Boston twice led but never say die Matlock would not surrender and there’s no better time to notch a winner than in the last minute!

The Pilgrims had a 3rd minute scare as goalkeeper Peter Crook allowed a pass back to slither under his studs before he recovered his composure to clear with Byrne closing him down.

But the visitors were in front on 12 minutes when JORDAN BURROW outjumped Reece Kendall to head in from Paul Green’s cross from the right with Kendall maintaining with some justification of being pushed in the back as he jumped to clear.

Kendall was part of a back three alongside Ryan Qualter and Sam Egerton with Adam Yates now having departed.

Eight minutes later Matlock won a free kick in a promising central position but Byrne’s shot was comfortably charged down, United breaking at pace through Fraser Preston who after penetrating deep into home territory saw his effort blocked by Sam Egerton.

architect of a well worked Gladiators’ equaliser in the 33rd minute. This time his free kick was perfection, disguised to fool the United defence who did not pick up EGERTON who glanced a fine header beyond Crook.

Matlock had to hang on in the run up to the interval, Craig Elliott’s men forcing four corners on the bounce which were stoutly defended by the hosts as the score remained level by the half time whistle.

The Pilgrims made a raft of changes for the second half including the introduction of former Matlock favourite Joe Leesley.

Matlock were content to make just the two bringing on John Pritchard and Jesurun Ubechegulum for Declan Walker and Kendall although both the departed men would make telling contributions later in the contest with rolling substitutions permitted.

United regained their lead in the 52nd minute as one of their substitutes JAY ROLLINS burst through the heart of the Town defence, Goalkeeper Shaun Rowley saving his first effort only for the ball to run sweetly back into his path to stab into a vacant net.

Egerton’s fierce drive was deflected behind as the Gladiators sought an immediate reply before at the other end, Leesley sliced wide when well placed.

Rowley made an amazing save to claw away another Rollins attempt before the Gladiators rallied with Hannah being introduced midway through the second half.

A header from captain Liam Hughes dropped on top of the net before on 73 minutes, HANNAH found the target from twenty yards with clinical precision as he blasted in following a pacy and direct run from Ubechegulam.

Boston’s trialist goalkeeper made a critical and fantastic claim to meet a low Hannah cross with Hughes waiting to convert while in an end to end climax, Kendall superbly blocked a Rollins strike.

But HANNAH would have the final say as Walker burst down the right, his cross being met by a low volley from Matlock’s prodigal son which sizzled past the helpless custodian.

It was a fighting Gladiators performance which augurs well for the new campaign. Boston showed they are a strong capable outfit who should do well in the National League North.

A well known face was in the crowd, Boston fan and Deputy Chief Medical Officer Professor Jonathan Van Tam who had featured prominently in the Government’s medical updates during the Covid pandemic.