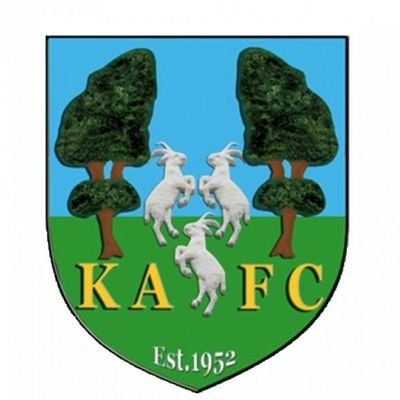 Lack lustre Matlock failed to heed manager Steve Kittrick’s warning in midweek that they could have their fingers burnt by a lower division side if their performance fell below expectations.

That is precisely what happened in the sun at the Proctor Cars Stadium on Saturday as BetVictor NPL South East division Kidsgrove provided one of the shocks of the round, this after trailing a the interval.

James Williamson’s first Matlock goal had edged the Gladiators in front on the stroke of half time but two goals in just over two minutes midway through the second half from skipper Anthony Malbon and winger Kingsley Adu Gyamfi confirmed Matlock’s inglorious exit from the cup, the chance of extra income from the prize fund being tossed away. Kidsgrove showed a greater hunger on the day and it proved to be telling.

Luke Hinsley and Andrew Wright replaced Scott Smith and Spencer Harris in the starting line up from the team which lost for the first time this season against South Shields a week ago. Surely Matlock would return to winning ways and repeat the win they had against the Grove in Staffordshire at the same stage three seasons ago?

Matlock dominated a poor first half, Kidsgrove managing just the one shot at goal through Malbon, a tame effort easily fielded by Jon Stewart in the 22nd minute.

But for all of their probing, Matlock failed to seriously extend visiting goalkeeper Kieran Harrison too much. Their first two attempts were yards off target, Hinsley spotting Harrison out of position in the 9th minute but his effort from just inside the Grove half dropped harmlessly wide. Wright then latched on to a knock down from Marcus Marshall in the 15th minute but dragged his shot equally wide.

Dan Bramall was again the chief attacking threat and he went much closer than Hinsley and Wright on 20 minutes, Marshall again providing the assist before the former Everton youngster saw his shot deflected beyond the far post.

A Williamson header and a Josh Laxey shot were again off target before from a free kick on the left, WILLIAMSON rose to find the onion bag with a header and seemingly put Matlock on the way to victory. In the stoppage time which followed the Gladiators had a penalty shout refused when Bramall went down and as the pressure was maintained, Marshall was a whisker away from converting a low cross from the left.

Matlock made a double change at the interval, bringing off Wright and Jordan Sinnott for Smith and Harris with Hinsley being pushed forward to help Marshall in attack.

They might so easily have doubled their lead inside the opening minute when Bramall cut in from the left but with a shot looking the best option, he laid the ball across the box and Kidsgrove scrambled the ball clear.

It led to an instant break which saw Malbon volley a reasonable chance over the bar and within another couple of minutes Stewart was forced to advance to stop Rhys Thompson from finding a shot.

Marshall went close in the 56th minute, creating the chance on his own with a neat turn and seeing his low shot deflect inches wide with Harrison well beaten.

But Kidsgrove kept plugging away as Matlock huffed and puffed and after a header by James Butler was cleared off the line, MALBON fired home the loose ball from six yards.

It got even better for Kidsgrove in their next attack, ADU GYAMFI shrugging off a half hearted Matlock challenge to thunder a low twenty five yarder beyond Stewart’s dive and into the far bottom corner.

Matlock needed to substantially raise their game. Williamson saw Harrison deny him on the line and Dwayne Wiley headed wide when well placed, the last opportunity then being less clear cut as substitute Piteu Crouz on the run, fired narrowly wide from twenty yards.

With it went Matlock’s last hope of saving themselves but as a clearly hurt Steve Kittrick said afterwards, when he received some critical comments from fans as he left the pitch, “we were poor today and we could still have been playing now and not scored.”