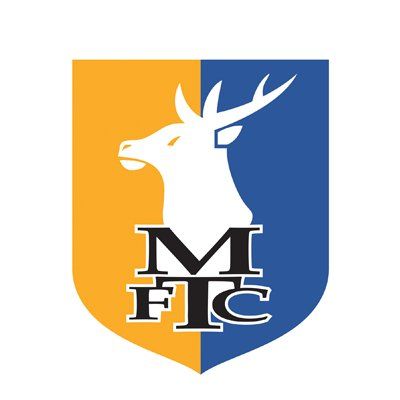 Matlock Town slipped to a narrow defeat on Tuesday evening as they lost 1-0 to League Two outfit Mansfield Town at The Proctor Cars Stadium in a pre-season friendly.

Hiram Boateng scored the only goal of the game midway through the first half. Despite the result, there were plenty of positives to take though from Matlock's performance as they went toe-to-toe against Football League opposition and, on another day, could have ended up with a draw.

The Gladiators started the game strongly and played with a bright tempo which posed early questions of the Stags defence. Centre-half Ioan Evans saw his headed effort from a corner saved by the goalkeeper while Alex Byrne's 22 yard strike was very well blocked following a lovely little run into the centre of play.

After the opening ten minutes, Mansfield soon found their feet and started to impose themselves more on the game. Following a very quick counter attack, a Stags effort was drilled into the side netting from the edge of the penalty area.

The Gladiators came very close to taking the lead after 20 minutes played when Jake Day, brought in as a summer signing from Scarborough Athletic, saw his 18 yard effort curl inches wide of the post. Mansfield responded strongly to that warning and the first half became a very competitive, hard-fought affair considering this was just a friendly game. The Stags really should have taken the lead in the 24th minute when a 15 yard effort was guided wide of the post when the forward really should have been hitting the target after doing the hard work in riding out a couple of strong Matlock challenges.

The Stags soon got their reward though as the visitors took advantage of a weak goal kick from Matlock to break the deadlock and take a 1-0 lead in the 27th minute. Stags summer signing Hiram Boateng was comfortably able to break free of the Gladiators back line after an unconvincing goal kick from Matlock and with just goalkeeper Jim Pollard to beat, Boateng confidently slotted the ball past the keeper and into the back of the net.

An excellent piece of goalkeeping from Pollard prevented Mansfield from doubling their advantage just five minutes afterwards. A Stags effort from just eight yards out looked sure to be hitting the back of the net but the summer signing from Grantham Town made an outstanding one-handed stop to palm the ball away from danger and deny Mansfield going 2-0 up.

A lively and entertaining first half almost concluded with a Gladiators equaliser. A rocket of an effort from 15 yards out from Jake Day inside a crowded penalty area smacked off the cross bar and flew out of play to Mansfield's relief.

The second half had much more of a pre-season friendly feel due to the large amount of substitutions throughout the final 45 minutes. Due to the frequent changes made by both sides, the second half became quite disjointed and did not have the same flow and quality as the first half did.

Clear-cut chances for either side were harder to find after half-time but the Stags did manage to create a couple of good opportunities to extend their lead. In the 52nd minute, Jim Pollard did well to save a stinging Mansfield effort from 12 yards out. Substitute goalkeeper Sam Ogden was then called into early action when he made a smart stop and did well to retain the ball following a 15 yard effort just two minutes after replacing Pollard in goal.

The game looked to be petering out in the final quarter of play but the Gladiators were suddenly presented with a golden opportunity to equalise with 15 minutes to go. Substitute Reon Potts found himself clean through on goal with just the Stags goalkeeper to beat following a lapse in concentration in the Mansfield defence. However, Potts squandered this huge chance and shot straight at the keeper. His anguished reaction immediately afterwards said it all.

Unfortunately, that was Matlock's last chance to salvage something from the game and the referee blew for full-time after barely any stoppage time was played. Next up for the Gladiators is the popular annual pre-season friendly at home against local rivals Chesterfield this coming Saturday. This game will see the inaugural contest for the newly-created Ernie Moss Challenge Cup.

GLADIATOR OF THE MATCH: Ryan Qualter