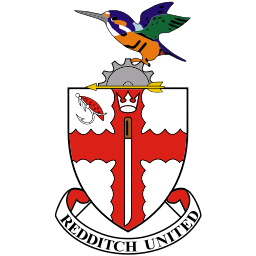 Marcus Marshall and Jordan Sinnott found the target in the second half to confirm a comfortable Matlock victory and progress to the first round proper of the Buildbase FA Trophy on Saturday.

On a heavy Proctor Cars Stadium surface, the Gladiators looked in control from virtually the start to the finish but failed to make their superiority count in a frustrating first half when they did not work Kieran Boucher in the visitor's goal nearly enough.

But Steve Kittrick’s men increased the tempo in the second half and once Marshall scored nine minutes into the second period, the outcome of the tie was seldom in doubt, especially when Sinnott doubled the home advantage with sixteen minutes to go.

Matlock gave debuts to goalkeeper Dan Wallis and winger Tomas Poole and both could be pleased with their contributions. Wallis looked solid while Poole proved to be a livewire on the right flank, playing a leading part in the opening goal.

The game took its time in warming up, the first goalmouth action coming from an unlikely source on 7 minutes as Dwayne Wiley, out on the right, chased a loose ball from a corner to swing in a vicious knee-high cross that had Boucher scrambling to his right to save. A Poole shot was deflected over the bar shortly afterwards before Dan Bramall went down in the penalty box, referee Oliver Mackey allowing play to continue.

Redditch, struggling in the relegation zone of the BetVictor Southern League Premier Central Division, looks short of confidence with too many overhit passes as they constantly surrendered possession. However they had what was probably the best effort of the half on 28 minutes, Callum Coyle forcing Wallis to push away his twenty yarder after a purposeful run through the centre of the hosts’ rearguard.

Bailey Gooda glanced a Bramall cross wide and a free-kick from substitute Sinnott, on after Spencer Harris stretched with discomfort for a ball in midfield, was comfortably gathered by Boucher.

The game so far had lacked quality but that changed with a well-worked opening Matlock goal. Liam Truslove lost possession in a Redditch attack, Matlock countered at pace with Adam Yates finding Poole on the right whose pin point cross was met by MARSHALL who stooped low to nod beyond Boucher.

Poole and Marshall combined sweetly again six minutes later, Marshall then crossing low towards the back post where the onrushing Bramall could not finish off.

Bramall was well placed again when he failed to connect properly with another Marshall cross. A second Matlock goal was on the cards with Marshall stretching at the back post to force wide a teasing cross from the right by Luke Dean, Bramall then nearly surprising Boucher direct from a free kick on the left, the goalkeeper unconvincingly swiping the ball clear.

But it all came right for Town when Marshall eased past Ollie Mulders on the right and intelligently found SINNOTT who crashed home an emphatic finish from the edge of the penalty box.

With the tie won barring a major catastrophe, Matlock looked for more goals, Ben Gordon surging forward to smack in a shot bound for the top corner until Boucher tipped the ball spectacularly over the bar. Poole could not finish off a Gordon cross and with Bramall breaking into the danger zone almost at will, perhaps Matlock should have scored more.

But there was little danger of Redditch saving themselves although Dean took the full force of a Romario Martin shot in his face.

Poole drove ferociously into the side-netting and Boucher did well to block from Marshall towards the end with the Gladiators firmly in command.