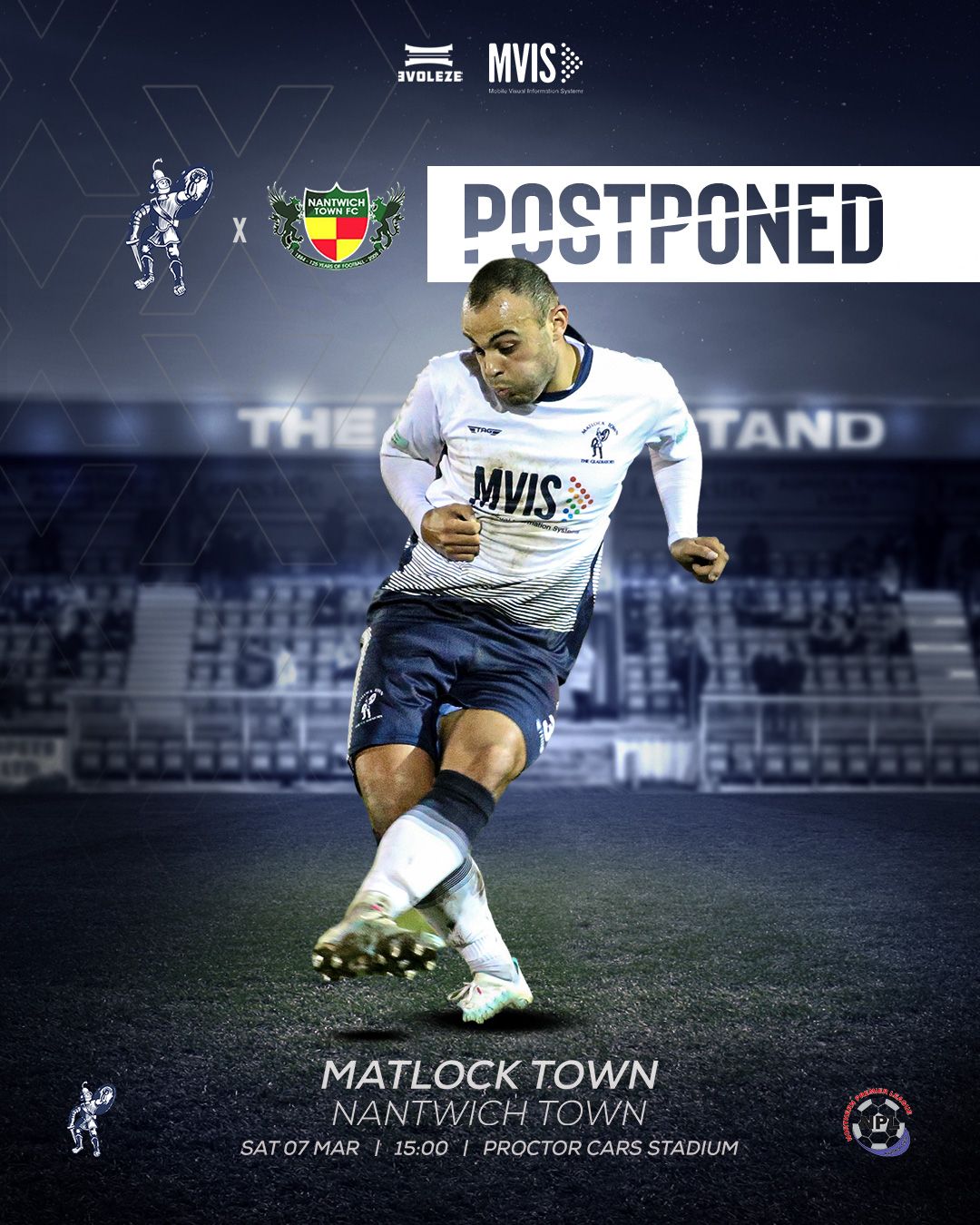 Matlock Town’s home BetVictor NPL Premier Division clash with Nantwich Town scheduled for Saturday 14 March was called off late on Friday evening when news came through that one of the Gladiators’ squad is currently in self imposed isolation with suspected Covid-19 symptoms.

The decision was taken after discussions with Nantwich Town and officials of the BetVictor Northern Premier League. Earlier in the day the League had given the go ahead for fixtures to be played, in spite of games in the Premier League and the EFL being postponed until at least 3 April and both the Southern and Isthmian Leagues announcing all games on Saturday would be postponed. Matches in the Conference National and North and South Divisions though had been given the go ahead.

“The League had said fixtures would take place on Saturday so we were fully prepared to take on Nantwich but when we discovered the news of a player isolating himself with the Covid-19 symptoms, we needed to speak with Nantwich Town and the League” said a Matlock spokesman.

“Given our fixture backlog we were desperate to get this game played, but taking into account the circumstances with Coronavirus, the decision was made in conjunction with Nantwich and the League to call the game off. We apologise for the late notice and any inconvenience caused, but at the end of the day, the football club has a duty of care, whether it be to players and management, officials or all spectators in what is an unprecedented situation.”

The spokesman added that it was still to early to speculate whether Tuesday night’s home game with Ashton United would be played.

“This is a new situation for everyone and another that we wouldn’t want to face in the future. We will advise on any developments as soon as we have them.”.

Matlock still have fourteen league games and at least one Integro Cup game, possibly three, to fit in before the regular season is set to conclude on Saturday 25 April.