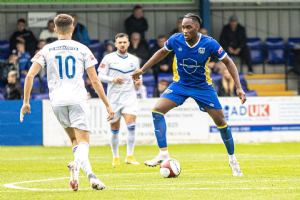 Matlock Town is pleased to announce the signing of twenty-eight-year-old midfielder Simon Lenighan from Radcliffe FC.

The no nonsense midfielder has previously worked with Manager Paul Phillips at both Mossley AFC and Buxton FC and is known as a dominant force in midfield.

Lenighan will already know a number of Gladiators players including Byrne and Qualter from his time at Shaw Lane. He counts Telford United, Guiseley AFC and Altrincham amongst his former clubs.