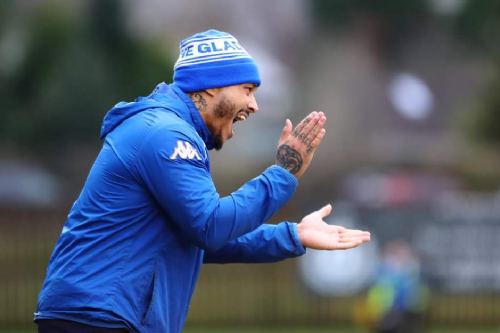 Matlock Town is pleased to announce the appointment of Player/Assistant Manager Kayde Coppin.

Coppin joined Matlock from Mossley during the summer of 2020. He has previously played under Matlock manager Paul Phillips at both Ashton United and Buxton and after starting out with Bolton Wanderers, he has also had spells with Flixton, Trafford, Northwich Victoria, Rossendale United, Atherton LR, Bacup Borough and Glossop North End. He has reached the play-offs with Mossley, Ashton United and Buxton and has also managed Manchester Ladies between 2014 and 2016.

He steps in to the role that was vacant as of a few days ago following the departure of Dave Wild.

Manager Paul Phillips had the following to say about his new right hand man "Kayde has been with me since day one, he knows how I tick and demands the exact same standards as me on and kff the field. I believe it is his next step to becoming a fantastic manager himself in the future which I'm positive he will be."