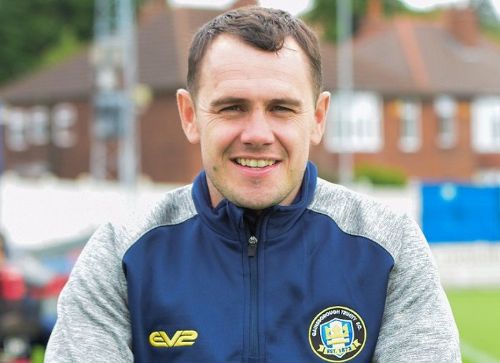 Matlock Town is pleased to announce the signing of thirty-three-year-old midfielder Liam King subject to FA and NPL approval.

King, will need no introduction to the Gladiators faithful but we are going to give him one anyway!

Following his release from boyhood club Rotherham United, the hard working midfield dynamo would join the Gladiators becoming a kingpin in Mark Atkins' Gladiators side until his departure in 2012.

King would go on to have quite the career including a three year spell with North Ferriby United where he would captain the Villages and lift the Buildbase FA Trophy at Wembley Stadium as well as spells with FV Halifax Town and Gainsborough Trinity, the latter if which he would spend a spell as player-manager.

He has now returned to The Proctor Cars Stadium with a feeling of unfinished business with the Gladiators and will join other noted alumn from his previous spell at the club in Adam Yates and his brother-in-law Ross Hannah.

Manager Paul Phillips had the following to say "Kingy is a top draw player and lad who has been there and achieve more than most. I feel after losing the experience of Walker and Egerton, we needed someone with his know how and knowledge and also he knows most of the lads. I personally feel he's still got a lot to offer but as with Ross, we will have to manage him in the right way."