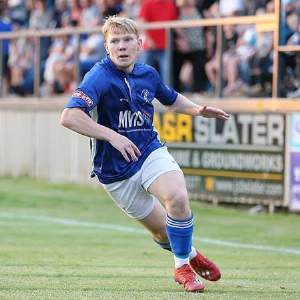 “I wanted to keep him, he knew he was very much in my plans but Gainsborough have come up with a big increase in his wages. I didn’t want to become involved in a wages lottery so we reluctantly agreed to his release” said Phillips.

The energetic midfielder arrived at Matlock in the summer and eventually forced himself into the side in former manager Steve Kittrick’s final game in charge, a 5-0 Integro League Cip win over Basford United. He has since scored twice in the Derbyshire Senior Cup win against Alfreton Town and in a 4-0 home league win over Radcliffe.

Tague is the second departure from the Proctor Cars Stadium this week, winger Dan Bramall being the first and subsequently joining Buxton.

Matlock travel to Hyde United in the league tomorrow.