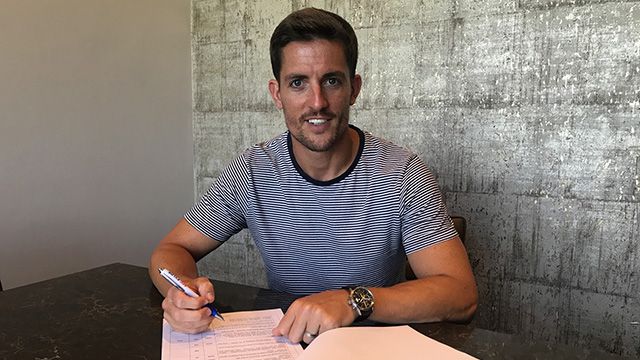 Matlock Town have signed the vastly experienced York City midfielder Andrew Bond, who will make his debut in the Gladiators’ opening league match of the season at Bamber Bridge on Saturday,

“He’s a Rolls Royce of a player, especially when you look at the way he’s conducted himself and what he’s won. He’s the type of midfield player we’ve been screaming out for with the amount of jobs he’s capable of doing. We’ve worked damned hard to get him, it’s a massive, massive plus for us, he can get on the ball, move it and do things that a lot of others can’t do and for him to come to Matlock having turned down another local club is also a massive coup for the football club. I’d also like to thank everyone behind the scenes at Matlock for their work in getting this signing over the line, it shows the club’s intention to bring quality players in.”

Bond began his career at Crewe Alexandra but could not break through to the first team and went out on loan to Lancaster City in August 2005.

He moved to Barrow in 2006 playing a key role in the Bluebirds’ promotion to the Conference Premier through the play-offs in 2007/08.

During the 2009/10 campaign he was again prominent as Barrow made it through to the FA Cup 3rd Round being beaten at Sunderland before being in the side which lifted the FA Trophy at Wembley. He attracted the interest of Championship clubs before joining Colchester United in June 2010. After 118 appearances and 11 goals for the Essex side and a couple of loans to Crewe and Bristol Rovers, he joined National League Chester despite interest from Football League clubs before having spells at Stevenage, Chorley and Crawley Town. A move to AFC Fylde came about in 2016 where he would stay for three years, making 119 appearances and scoring sixteen goals before he joined York City in June 2019 scoring twice in twenty-four matches.