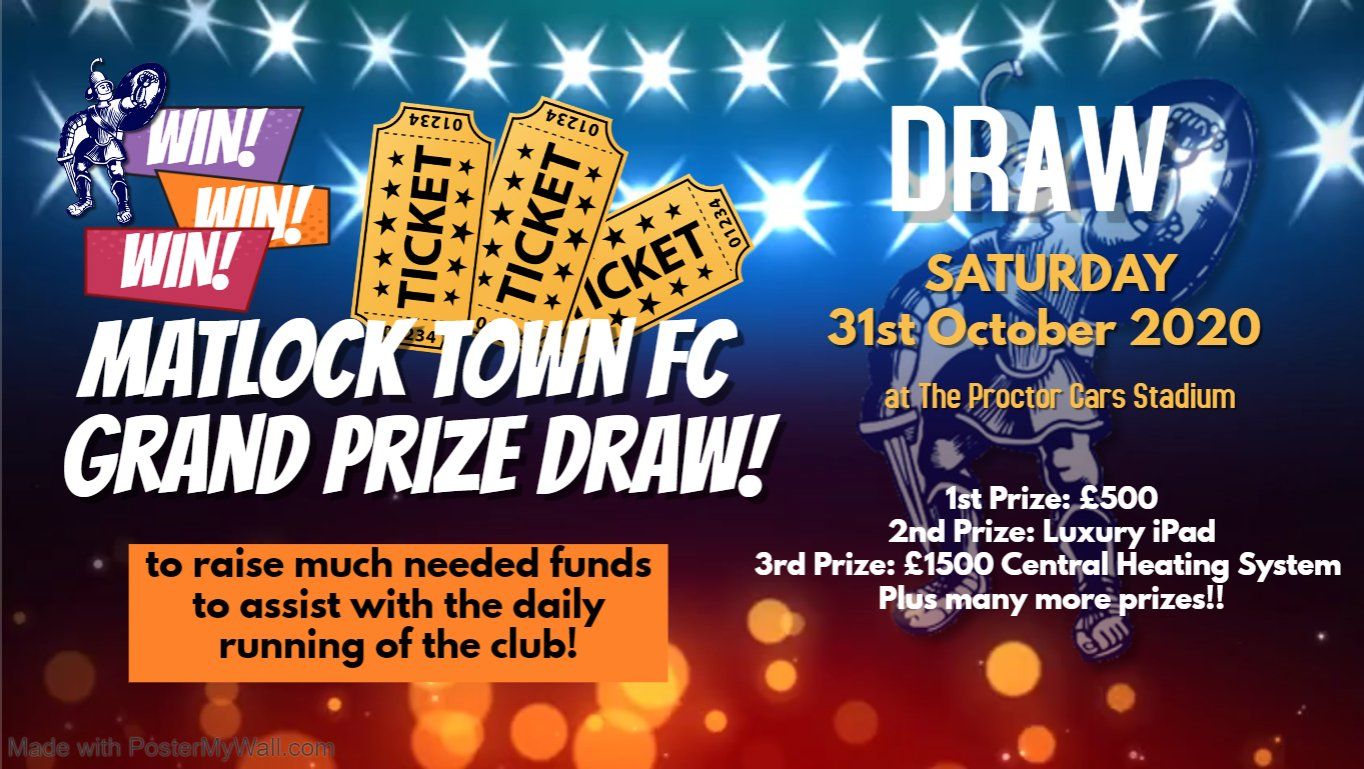 Matlock Town officials are wanting fans to give their Grand Draw one last big push with just over three weeks to go until the lucky prize winners are revealed.

The draw, set up to boost club coffers, concludes on 31 October when the draw will be made, hopefully at a home game. The identity of Matlock’s FA Trophy 3rd Round opponents on that day is still unknown with the teams to be selected later this month.

“There’s some really good prizes on offer, £500 in cash, a new fully fitted central heating system just in time for the winter, an I pad and lots of other great prizes” said Chairman Bryn Apperley.

“You’ve got to be in it to win it, there’s still plenty of time for people to buy their tickets and take away tickets to sell to their family and friends. Thank you to everyone who’s bought tickets so far, thank you to all who have donated prizes, we really appreciate people’s support, now’s the time to give this one big push so we can raise as much money as possible” said Matlock Chairman Bryn Apperley.

Tickets priced £1 each are available from the Club Shop and will be on sale at Saturday’s home game versus Ashton United and upcoming home fixtures.