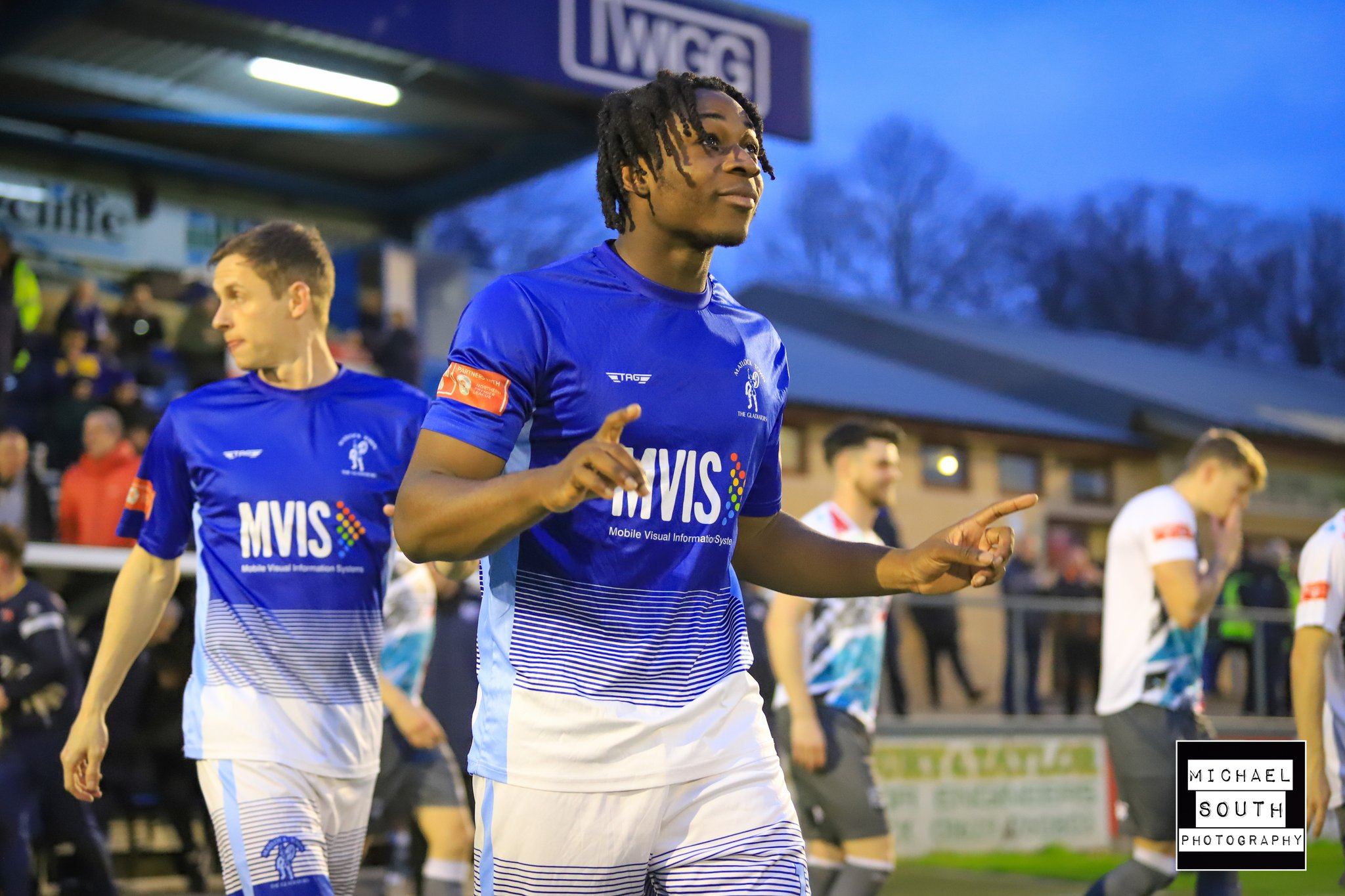 The move came about when Uchegbulam looked the Gladiators’ most dangerous attacker in the 2-0 defeat to the Spireites at the Proctor Cars Stadium on July 16.

Chesterfield faced competition from a number of clubs wanting to sign the exciting wide man who can also operate in a central attacking position, known for his electric pace. He scored nine goals in 38 Matlock appearances.

“I didn’t want him to go for it makes it a lot harder for ourselves, we have to get a replacement” Phillips explained.

“But at the end of the day we couldn’t stand in his way, he’s getting full time football at a good club and it shows we’re doing the right things here in that lads are getting noticed further up the scale. There’s been a lot of interest in him and rightly so because he’s a very good player, I think the club has got a good deal financially. We wish him all the best and he’s welcome back here at any time.”

“The deal was financially a very good one for us. We’re delighted that one of our players has impressed against National League opposition to get them to want to sign him. It’s full time football for him and we’re excited to see how he gets on. Obviously we wish him all the best at Chesterfield, we couldn’t stand in his way and he knows he’ll always be welcome back at the Proctor Cars Stadium.”