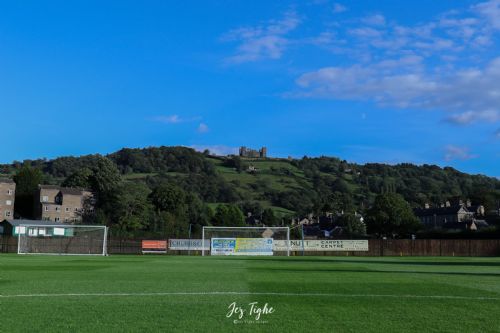 Matlock Town have thrown their weight behind football’s social media shutdown campaign by suspending their social media accounts over the May Day bank holiday weekend.

The Gladiators’ facebook and twitter accounts will be closed from 3 pm on Friday 1 May until 23.59 hours on Monday 4 May in line with an announcement made last weekend by the various football authorities in what is intended to be a united front against social media abuse.

Both Matlock Chairman Bryn Apperley and manager Paul Phillips have had their say with the Gladiators being fully supportive of the boycott initiative.

“It’s time for football clubs to stand together in the fight against abuse of all kinds” said Mr Apperley.

“There should be no place for this in our game and social media outlets should be brought to book as long as they allow it to continue. As a club we wholeheartedly support any move to stamp out this abuse from our game.”

Phillips concurred with the Chairman in a more expansive view on the issue.

“It’s a good idea for we have to stop it but come Monday all of the racists and those people sending these messages will be back out again. They are faceless and downright horrible. When you open a social media account it should be like a passport so you are easily identifiable so that you’re held accountable. I’ve had the abuse myself earlier in my career, these people think they can insult you. Obviously racism is high up on the list, we’ve got black lads in our team, our opponents and I’ve got black lads as good friends, but there’s other issues as well. To think it’s 2021 and we’re having issues like this is totally unacceptable.”

Phillips says that the social media companies need to take some responsibility in ending online abuse.

“It’s down to the social media companies to take some action, it’s farcical. they have to stop it,. Everyone should join in, the boycott’s a good thing but it’s a small gesture when we need a big gesture. I doubt it’ll ever stop, these people use social media as a way out, they’re faceless and the saddest of people.”

In a normal Covid free campaign, Matlock would have completed their league season and Phillips is keen for due recognition to be given to all of the work that has gone on behind the scenes.

“I’d like to thank everyone at the club, whether they be committee, staff or supporters for the support we’ve had in a particularly difficult campaign .There’s been tremendous hard work going on off the field and as a club I think we’ve handled Covid and all that goes with it brilliantly. I want to thank everyone that’s contributed. Once the summer’s over I want us to come back bigger and better, have a better knowledge of what we need to do to carry on from what was a good but curtailed season. The club’s come a massive way and I think the team’s in a lot better place..”