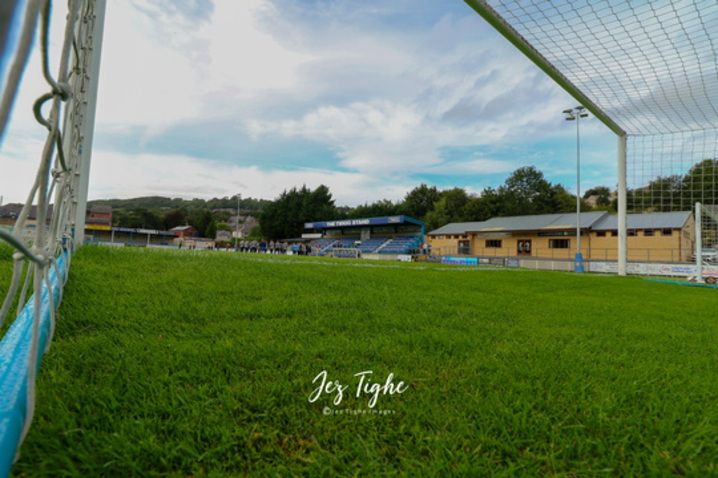 Matlock Town are expected to have a new goalkeeper and striker in their squad for Saturday’s home FA Cup Preliminary Round clash with OJM Black Country Rangers. It will make it a trio of signings this week for manager Paul Phillips following the earlier acquisition of midfielder Daniel Greenfield on a month’s loan from Gateshead.

The Gladiators cannot reveal their identities yet as the new duo only put pen to paper at training on Tuesday and the paperwork has to be approved by both the Northern Premier League and the FA.

But Matlock have released defender Kelvin Lugsden and midfielder Lewis Potts while former Radcliffe striker Liam Ellis, who played under the guise of a trialist in the pre-season fixtures will not be joining the Gladiators.

Meanwhile the injury jinx that has hit Matlock hard during the last two seasons shows little sign of abating. After goalkeeper Jon Stewart was forced to leave the pitch in the home friendly with Sheffield, there was more bad news for the Gladiators at Tamworth last weekend as influential midfielder Callum Chippendale limped off after only 14 minutes with knee trouble. Both Stewart and Chippendale could be out for several weeks.

“Chippy’s injury came from an innocuous challenge, there’s no blame, both players went for the ball and Chippy came off worst” said Phillips.

“We’ll know more probably after this weekend when the swelling’s hopefully gone down, it would be nice to get a bit of good luck for a change and that it’ll be less than four weeks for him to recover.”

Chippendale’s injury was the one sore point to come from the 1-0 win at Tamworth where Alex Byrne, on as a substitute for Chippendale, netted a 56th minute winner.

“It was a competent display, we defended very well and stuck to our game plan even after losing our most influential midfield player” Phillips added.

“”But after working with the players we saw that they worked well on and off the ball. Tamworth had one or two shots at our goal but I was really pleased with the way we defended and to say our midfield hadn’t played together before, I thought they did really well. Liam Hughes again worked hard up front so I was happy with the display and the result against a Tamworth side who’ll have a big wage bill and would have gone up as champions from the Southern League had we not had the pandemic. For our final friendly before our first competitive game we couldn’t have had a more stern test.”

Now attention turns to the FA Cup with Saturday’s visitors representing a very slippery banana skin for the Gladiators.

OJM Black Country Rangers ply their trade in the West Midlands Regional League and reached this stage with a 5-1 win at divisional rivals Bewdley Town last Tuesday week. The match was originally scheduled to be played at their Brierley Hill ground but the West Midlands side have issues concerning their ground and after being unable to find a suitable alternative venue, discussions between Matlock and OJM led to the tie being staged at the Proctor Cars Stadium.

Matlock looked on as OJM swept Bewdley aside and Phillips says that Matlock must ensure they have their own house in order.

“They’ll be a good side who’ll try and play the right way and they’ll also have the physical element that you find with Step Six sides. No disrespect to them but it’ll be their cup final, so it’s up to us now being at home to call the tune and be on the front foot. We’ll try to play the game in the right way, it’s about us being professional, conducting ourselves in the right way, being in the right mind set and when the chances come, being clinical in front of goal.”

Midfielder Spencer Harris will join Stewart and Chippendale on the sidelines as he has two games to go to complete a three match suspension after his sending off against Morpeth Town last March.

Matlock officials are urging their fans to purchase a ticket for the cup game as 150 tickets have been sent to the Black Country for visiting fans. With a 600 capacity at the Proctor Cars Stadium due to the Coronavirus issue, Matlock are expecting a near full house. Tickets can be purchased from the Club Shop on Wednesday, Thursday and Saturday between 9 am and 12 noon, supporters having issues with acquiring their tickets at these times are asked to contact the Club Shop on 01629 583866.

Town welcome near neighbours Chesterfield for a friendly fixture on Tuesday ahead of their opening league match at Bamber Bridge on Saturday week.