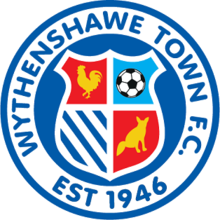 Alex Byrne, Callum Chippendale and Liam Hughes all found the target as Matlock opened their pre season friendly programme with a hard fought victory behind closed doors at the Ericstan Stadium.

Wythenshawe, three tiers lower in the Non League Pyramid than Matlock, gave a fine account of themselves and on the evidence of Saturday, they must be a good bet for honours in the North West Counties League First Division South.

Matlock’s starting line up contained only Alex Byrne from the team which ended last season and with Jon Stewart injured, Matlock gave opportunities to three trialist goalkeepers during the game. Joe Coveney and Kelvin Lugsden, who signed forms before kick off also made the first eleven.

Wythenshawe made the better start with left winger Matty Bryan proving to be a handful. Twice in the opening exchanges Matlock were forced into rash challenges to stop Bryan in his tracks and the resulting free kicks, both taken by midfielder Jack Timmons caused Matlock worry. The first trialist custodian pushed the opener around a post while the second attempt struck the outside of the same upright.

In between, Eddie Cooper found himself with only the trialist to beat but lobbed carelessly high and wide.

Matlock , unusually these days in all yellow, responded immediately after the aforementioned second free kick, Byrne finding room on the right, his teasing low cross narrowly eluding the outstretched boot of Hughes in the centre.

But Matlock took a 15th minute lead, possibly against the run of the play although the Gladiators had started to settle after being pushed back early on, BYRNE was on the end of a pin point Reece Kendall cross from the left to direct a well placed header beyond goalkeeper Callum Jakovlevs. Almost immediately Chippendale beat the offside trap only to be forced wide and his ball across goal was blocked.

Jackovlevs was swiftly down to superbly knock away a low Callum Dolan drive with Declan Walker’s power packed follow up being bravely blocked by a home defender.

Wythenshawe levelled though in the 21st minute, thanks to the generosity of the Matlock defence as Cooper intercepted a misplaced pass deep in the Gladiators’ territory, unselfishly setting up the supporting BRYAN who drilled a low shot under the goalkeeper.

After an even spell CHIPPENDALE showed a touch of class as he put the visitors back in front on 34 minutes. Byrne was this time the provider after substitute Braulio Maeico won possession, fed Byrne who in turn slipped a short pass to Chippendale who whipped a fierce low shot across Jackovlevs and into the far corner.

Hughes found the net shortly afterwards, his header from a Byrne free kick falling victim to an offside flag, Matlock’s good end to the first half being confirmed by a Maeico strike that drifted narrowly wide.

After a raft of changes at the interval from Matlock and it was a theme prevalent throughout the second period, Matlock continued from where they had left off in the run up to the break Chippendale was heavily involved again robbing a defender before the hosts recovered sufficiently to block his low ball into the danger area.

But Wythenshawe were less fortunate six minutes into the second half, HUGHES showing no mercy as he capitalised on a stray pass to clinically and crisply fire in the Gladiators third goal. Substitutes Louis Potts and Ben Edgson had shots which went over and were fielded respectively by Jackovlevs who then pulled off a tremendous flying save to keep out a Kendall header.

A loss in concentration saw Matthew Roberts plant a free header wide from a corner as both sides, with a plethora of changes, looked to be feeling the pace late on as the match became a scrappy affair.

But from the Matlock viewpoint there were plenty of positives, none more than getting a victory against a side who refused to let Matlock have things all their own way.,