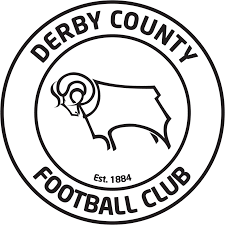 Former Gladiator Max Hunt’s return to his former club was a personally memorable one as he capped what in the end was a comfortable Rams’ win by scoring the fourth Derby goal.

Earlier Matlock had taken a 5th minute lead through Kieran Watson and in a highly competitive and enjoyable opening half, Derby responded through AJ Eyoma and Louie Sibley to lead at the interval.

Then came the customary raft of substitutions by both sides and a fitter, more streetwise and organised Derby side finished off a vastly inexperienced Matlock with two further goals.

WATSON was ruthless as he showed the instinct that had brought him 52 goals for Shirebrook Town last season in lashing home the loose ball after Rams custodian Josh Barnes failed to gather Jordan Chappell’s right wing cross.

Offrande Zanzala and Eyoma proved to be a constant threat to the Matlock defence, Zanzala having a sniff of a chance wiped out by great defending from Dwayne Wiley, but it was EYOMA who scored with a firm cross drive from the left on 17 minutes as the home defence eventually creaked and cracked under the pressure.

Walton held a powerful long range strike by Max Bird and Wiley blocked shots in quick succession from Alex Baros and Sibley before a fantastic tackle by Jake Philips denied Zanzala a shooting chance and probably a goal after the aggressive number nine had turned past Matlock skipper Adam Yates.

But Matlock responded positively as on 31 minutes Barnes atoned for his earlier error by superbly tipping Watson’s powerful header over the bar and from the resulting corner, a Yates header was caught by Barnes.

Eyoma played a leading part in Derby going in front four minutes afterwards, combining with Jaydon Mitchell-Lawson and finding the onrushing SIBLEY who threaded a low shot beyond Richard Walton’s despairing dive.
Almost immediately Shaun Harrad’s finish was well off target after he had been intelligently set up by Marcus Marshall before Watson again was in the thick of the action, slicing wide from atrialist’s right wing centre.
Philips and Wiley charged down quick successive shots from Zanzala and as the half time whistle blew, Marshall’s thirty yarder whistled narrowly too high.

It was much easier for Derby in the second half but they could and should have been pegged back level on 59 minutes when substitute Jamie Jackson latched on to a defence splitting Philips pass only to smack his shot over the bar with only Barnes to beat.
Derby made Jackson and Matlock pay although it took an error by Matlock’s trialist substitute goalkeeper who could not hold Jason Knight’s shot and another substitute, JACK STRETTON forced the ball home with probably his first touch.

Five minutes later, HUNT stroked in a comfortable finish after poor Matlock defending from a free kick on the left and it was now a case of Derby in full control and whether they could add to their tally.
Eiran Cashin’s late header which fell wide was their only dangerous moment in a tame finale.