On January 25th in 2020, Matlock Town were scheduled to play Mickleover Sports at the Don Amott Arena in a crucial Northern Premier League Derbyshire derby.

The club and the football world in general were devastated at the absolutely tragic news that broke on this day that Matlock Town midfielder Jordan Sinnott had passed away. The match against Mickleover Sports and the scheduled league match away at Grantham Town three days later were understandably postponed on compassionate grounds.

Jordan signed for the Gladiators from local rivals Alfreton Town very early on in the 2019/20 season. Sinnott made twenty-three appearances for Matlock Town and scored seven goals. His most memorable moment in a Gladiators shirt came in the very last match he ever played in where he scored a superb hat-trick in a 5-0 thrashing away at Basford United in the 2nd Round of the Integro League Cup.

Jordan Sinnott was only 25 years old before he passed away. Everyone associated with Matlock Town was deeply, deeply upset at the cruel loss of not just a talented player but more importantly a dazzling personality off the pitch that had clearly won him many friends. Jordan Sinnott was a much loved person and it was incredibly hard to accept for everyone that knew him and had played with him that he was gone. The players at Matlock Town were hit extremely hard by the terrible news.

Matlock Town’s next game ended up taking place on February 1st when the Gladiators played Hyde United in the league at the Proctor Cars Stadium. It was an extremely emotional and strange game to attend for everyone there. Football was, of course, secondary on this day. The result did not matter. It was all about making Jordan Sinnott proud and the club did just that. The match day was a great example of just how successful the ‘Shirts For Jordan’ campaign had been (which was spearheaded by Jordan’s brother) and it was reassuring that even through an awful situation such as this one, humanity at its best will always shine through. Football clubs all over the world were invited to print their own ‘Sinnott 25’ strips and to send them to Matlock Town where these would then be sent off to charity. The appeal was an enormous success and went way beyond initial expectations. Not only did hundreds of football clubs from the United Kingdom take part, the appeal went global and the club received ‘Sinnott 25’ strips from the likes of Roma, Real Madrid and Borussia Dortmund plus other sports got involved too including cricket and basketball.

Considering the exceptionally difficult circumstances, the Gladiators played well and the club did Jordan proud on the pitch earning a 1-1 draw. Despite falling behind early on, Piteu Crouz struck home early on in the second half for an equaliser sparking a goal celebration that involved everyone on the team stood together while Crouz held aloft a ‘Sinnott 25’ shirt to the crowd in what was the defining image of Matlock’s season. The match was also paused in the 25th minute for a full sixty seconds while everyone on the pitch stood where they were and applauded in tribute to Jordan along with everyone else at the game.

The defining moment of Matlock’s 2019/20 season took place in the Shorts Lounge bar after this game. With Jordan’s fiancée by her side, Jordan’s mother gave a superb and beautiful speech to a packed bar in tribute to her son. There was not a dry eye in the building and there was a huge round of applause that could have been heard all over Matlock after the speech ended.

Bradford City’s football stadium (Sinnott was born in Bradford) hosted his funeral. All the strips that had been donated as part of the ‘Shirts For Jordan’ campaign were displayed on this day. An incredible total of 862 kits were displayed and hung above the seats at Jordan’s funeral.

It was revealed in early April that Jordan Sinnott had saved seven lives (all between the ages of 20 to 50) after his organs were donated following his death. Soldiers and other burns victims also benefitted from skin grafts that were created following his donation.

While his time at Matlock Town was brief, Jordan Sinnott will always be remembered by everyone associated with the club.

He is deeply missed. 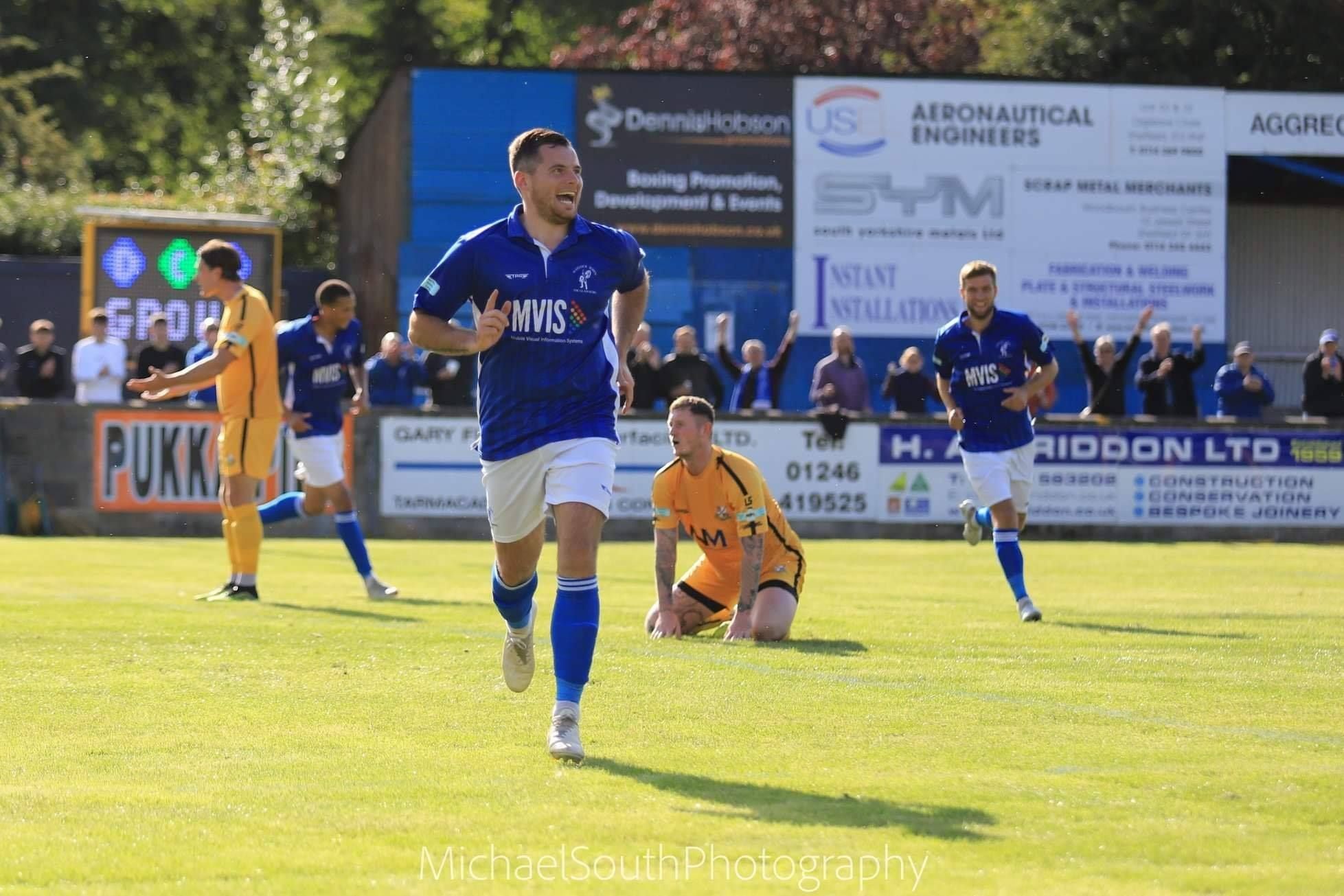 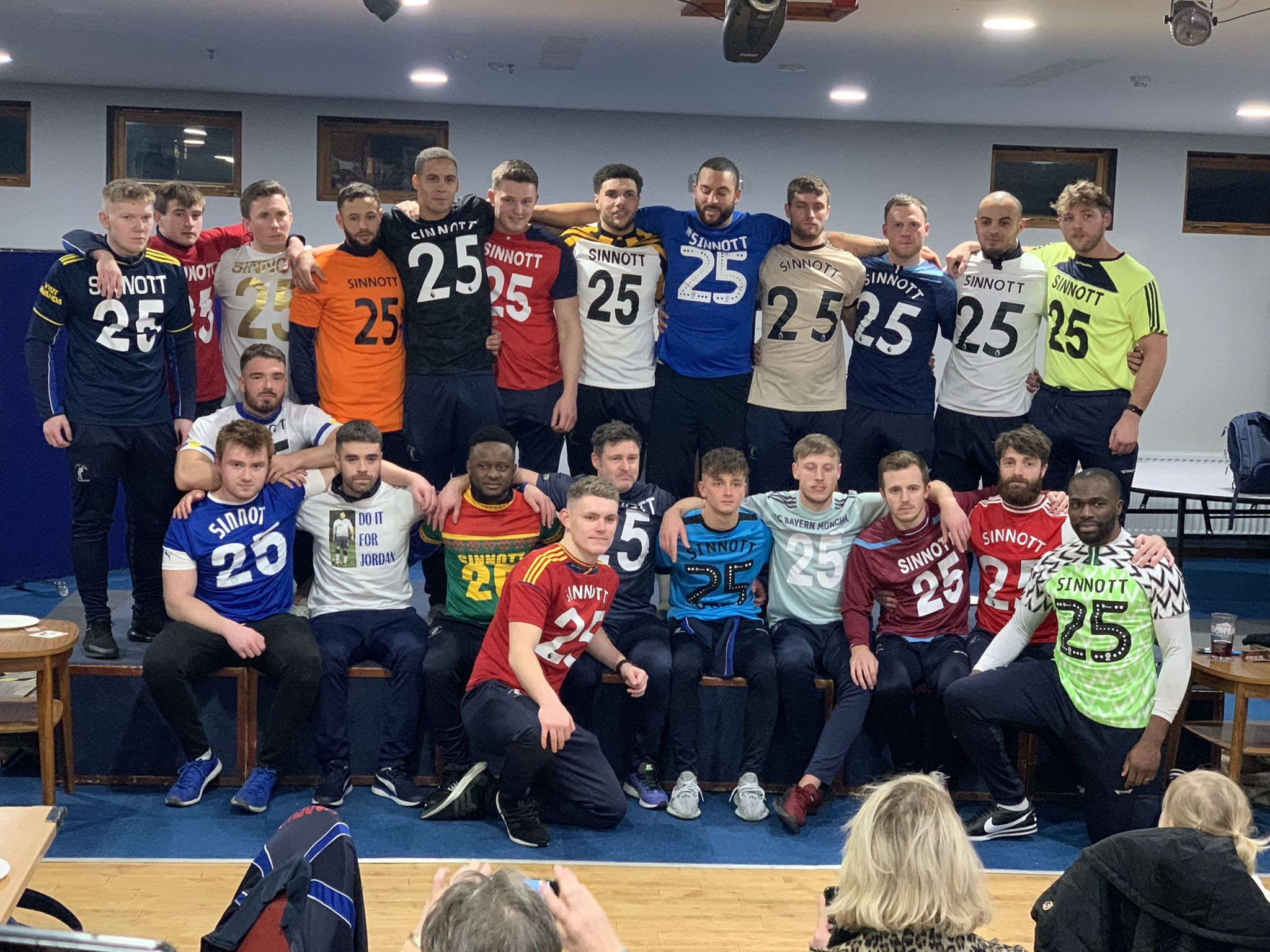