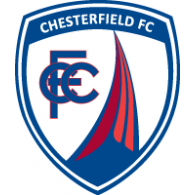 A goal in each half was enough for Chesterfield to get their pre season campaign off to a winning start and thus lift the inaugural Ernie Moss Challenge Cup at a packed Proctor Cars Stadium on Saturday afternoon.

2300 people baked in the summer sunshine to see a tight first period before the Spireites were dominant in the second period. Joe Quigley and man of the match Armano Dobra scored the goals which sunk a Gladiators side who ran out of steam as the match reache ts dying embers.

There was a sniff of a chance for burly Jake Day inside two minutes from an Al Byrne pass but the Spireites defenders did just enough to shepherd the ball away from him and goalkeeper Lucas Covelan was able to intervene.

Akasi Asante shot wide for the visitors after a strong run down the right before at the other end a well hit effort from Alex Wiles was straight at Covelan.

As chances continued to be created, Quigley nodded weakly at Jim Pollard after Matlock were caught sleeping from a throw on the right.

Matlock lost attacking wing back Joe Ferguson to injury before a sharply struck volley from Byrne flashed wide, a signal for a well earned drinks break.

Dobra’s header found the arms of Pollard before good work from him paved the way for the Spireites taking a 27th minute lead.. Dobra found Liam Mandeville with an astute pass on the right and when the cross came in QUIGLEY was on hand to fire past Pollard for a superbly crafted goal.

Pollard managed to clear up after he pushed aside a Mandeville strike but Matlock might have levelled on 37 minutes. A Byrne free kick was floated towards the far post for Reece Kendall to head back into the centre and Day planted his header straight at a well p;aced Covelan,

Jesurun Uchegbulam was a bag of tricks and Day this time glanced wide from the left wing cross but Chesterfield should really have been two up at the interval when Brandon Horton was free on the left to deliver a teasing cross to the back post only for Quigley to miscue and slice a volley wide with the goal gaping.

Pollard picked up a knock and was replaced for the second period by Sam Ogden.

Tyrone Williams headed a corner wide within three minutes of the restart as Chesterfield hunted that second goal.

For Matlock Reece Webb-Foster headed wide from a Kendall cross on 50 minutes before Chesterfield started to dominate and had Matlock chasing the ball in the blazing sun.

Ollie Banks fiercely shot wide from 25 yards before Michael Gyasi ought to have found the target, finding room in the box only to drag his shot wide of the far post with only Ogden to beat.

But the second goal was not long in arriving when on 62 minutes, Dobra claimed the goal he deserved by steering a low shot past Ogden following a cross from the right.

Substitute Reon Potts might have halved the deficit with twenty minutes left following a mix up in the Spireites defence but his control let him down badly and the chance was lost almost as quickly as it came about.

There would be no way back for Matlock now with Chesterfield calmly and purposefully stroking the ball around. A mis-hit shot by Tom Whelan was almost converted by Gyasi and a header from Connor Cook was a touch too high from the flag kick which followed.

The trophy was presented to Covelan on the pitch by Ernie’s wife Jenny and his two daughters Nikki and Sarah at the end of a decent afternoon’s football with both sides deserving credit for sticking to the task in the heat.

For Matlock it was probably a game too many given the conditions but consolation came financially from a sell out crowd and great organisation behind the scenes which would have drawn great praise from all who attended.