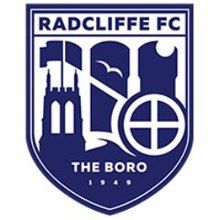 Matlock failed to fully capitalise on their match in hand which ended in yet another blank scoresheet against lowly Radcliffe at the Proctor Cars Stadium on Tuesday night.

It was therefore another ninety minutes of frustration for their boss Paul Phillips and most in the 444 crowd who knew realistically the Gladiators needed a win to have any chance of staying in title contention. True, Buxton and South Shields could have a major blip in the remaining five matches, but Matlock would need to rediscover the scoring touch and probably have to take maximum points between now and the end of the season.

It was a second successive goalless draws for Matlock, following the good point gained at Scarborough on Saturday. Liam Hughes was reinstated to the team as skipper after suspension, coming in for Osebi Abadaki who was injured late on at Scarborough for the only change in the starting line -up. Radcliffe included Jack Hindle, recently signed from Matlock and another ex Gladiator, John Pritchard.

The early signs were encouraging from Matlock in a dominant start. Pushing Radcliffe back, they forced a 2nd minute corner which Hughes put narrowly wide and within a further two minutes from another flag kick, Hughes headed too high.

Callum Chippendsale, who again put in a great performance in the engine room, pulled a 25 yard shot wide shortly before Hughes was working defensively, his intervening header from a Radcliffe free kick on the right flashing a yard wide of Joe Young’s left hand post. Centre back Joe Cummings ran from deep to fiercely blast over the bar from thirty yards as Radcliffe started to find their feet.

Matlock went desperately close to a 27th minute opener, Danny Greenfield’s shot speeding through a crowded penalty box to strike another Matlock player before it was diverted off the line by as relieved Radcliffe defender. Hughes then tried his luck from twenty yards but goalkeeper Jack McIntyre was suitably positioned to hold the shot.

Luka Navarro might have done better when he slipped in behind the Matlock rearguard on the right but his control was poor and Young was able to mop up with little worry.

This was quickly followed by Jesurun Uchegbulam latching on to a fine Crossfield pass by Byrne to cut in from the left only to shoot directly at McIntyre.

Radscliffe had the ball in the net through Hindle who was clearly offside before Matlock applied more pressure in the dying embers of the first half winning a couple of corners and Reece Kendall having a shot charged down.

In a slow start to the second period it took until the 60th minute for either side to threaten. Uchegbulam’s pace seemed to be the best way of Matlock finding the breakthrough and a great chance was wasted when he produced a poor touch just when it mattered, being robbed and then being booked for fouling Tom Miller. Then Chippendale headed over the bar from a Byrne centre but Radcliffe were growing in confidence and there would have been one or scary moments for thew Gladiators.

Qualter, once again a rock in the centre of the defence, blocked superbly from Navarro before a trio of Matlock chances in a matter of seconds were not converted.

Ioan Evans looked to be impeded with the referee looking as if he would point to the spot before furiously waving away the appeals of crowd and players, then a blocked Hughes strike frell to Chippendale who turned neatly only for again, a Radcliffe defender to get in a telling deflection and concede a corner from which Evans’ header was hacked clear inches ahead of the goal-line.

Uchegbulam skied an effort too high as groans of disappointment filled the air, Radcliffe replying with the talented Callum Gribbin forcing Young into his only serious save of the contest.

But Matlock ought to have broken the deadlock with twelve minutes remaining. A long kick from Young beat the Radcliffe defence to leave Uchegbulam in a one on one with McIntyre who stood up firmly to block the shot, the loose ball falling to substitute Ross Hannah with a visiting defender again making a telling block.

Radcliffe now sensed one point just might become three ,going close with shots from Navarro and Gribbin, most of the three minutes of stoppage time being played in the Matlock half as Radcliffe sensibly retained possession to earn their point .

It was two points dropped from the Matlock viewpoint, the disappointment being eased slightly by play off chasing rivals Whitby losing in the last minute at Stalybridge. Still though, a missed opportunity.