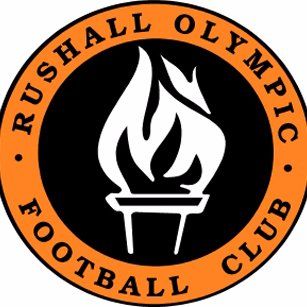 Matlock marched emphatically into the 2nd Round of the FA Trophy with this fabulous victory at Dales Lane on Saturday.

It was the perfect response from the Gladiators following the disappointing home league defeat to Whitby seven days earlier. Two goals in each half with four different scorers in Liam Hughes, Ryan Qualter, Matt Sargent and Jesurun Uchegbulam secured their progress.

Hughes and Uchegbulam were two of four changes to the starting line up, the other two being Alex Wiles back in the engine room and Paul Cooper between the sticks after Shaun Rowley broke a finger in training on Thursday.

Rushall, in fourth spot in the Southern League Premier Central Division, had won six successive matches prior to their midweek defeat at Banbury. They looked to be a confident side who passed the ball around well on their 4G surface, but when it came to penetration in the final third, Matlock’s excellent defenders often came out on top.

Matlock made a bright start and Alex Byrne had home goalkeeper Tom Palmer stretching to tip away a teasing cross from the right before Uchegbulam, well placed, could not control a forward pass from Alex Wiles. At the other end a good block from Ioan Evans denied home debutant Jordan Masidi.

The best chance so far though fell to the Gladiators on 22 minutes as Reece Kendall’s effort from distance was charged down and when the ball was recycled, Hughes rose to plant a header narrowly too high.

Four minutes later the Pics had a great chance themselves but Cooper was alert to save superbly from Callum Coyle who was through on goal, that being quickly followed by action at the other end as Hughes blasted too high and Byrne cut in from the right shrugging off three challenges to lift a left footed shot over the bar.

Cooper again showed he is a more than able deputy for Rowley by diving to his left to save a close range effort from Owen Parry before in a game which had burst into life, Uchegbulam missed a fine chance to give the initiative to Matlock, failing to find the target from close range after Byrne had the Pics defence in a pickle.

Then came a dramatic final five minutes to the opening period in which Sam Whittall’s header from a long throw bounced on top of the bar and from the well hit goal kick by Cooper, the Pics defence switched off and HUGHES calmly drove past an unprotected Palmer.

Just three minutes later Matlock won a corner on the right and nobody in gold picked up QUALTER who netted with a powerful header to give the hosts a mountain to climb.

It might have been worse for Rushall as in between the goals Palmer pulled off a fantastic tip over the bar to keep out a Byrne free kick.

A header from Hughes went wide and Uchegbulam forced Palmer into a decent save as the second half got under way. Rushall though continued to battle and Matlock were relieved when home skipper Danny Glover drove wide from a great position just six minutes after the resumption.

Palmer was on hand to hold a Byrne shot before Rushall’s Whittall nodded comfortably wide from a corner. Evans blocked a strike from distance by Parry and Cooper was in the right place to keep out a long distance

effort from Coyle. The Pics were knocking on the door but Matlock’s defenders were keeping it locked although some of the crowd thought that a shot from Alex Moore had crept in , but it had struck the sidenetting.

But the game was put out of Rushall’s reach on 72 minutes when following a scramble in the six yard box, SARGENT’s shot was ruled to have crossed the line for his first goal in Matlock’s colours.

Both sides made double substitutions in quick succession, Byrne seeing Palmer make a good stop from a goalbound strike in this period.

But it was 4-0 on 82 minutes, Byrne crossing from the right and UCHEGBULAM got the goal his performance deserved , nipping in unnoticed at the near post to head home.

Uchegbulam might have made it a nap hand for the Gladiators as he broke free down the centre only to pull his shot narrowly wide of Palmer’s right hand post.

But the damage had been done in a professional performance which restored confidence, not only within the squad but with the fans with over 100 travelling fans clapping their favourites off at the final whistle.