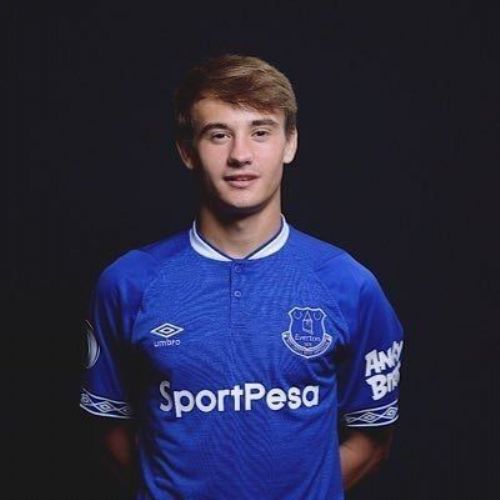 After bringing in striker Scott Smith on loan from Guiseley prior to their pre season defeat by Lincoln United on Saturday, Matlock boss Steve Kittrick made another signing directly afterwards. Winger Dan Bramall has been added to the Gladiators ranks after impressing as a substitute in the games at Loughborough and Lincoln.

Bramall (20), of Scottish nationality but born in Sheffield, joined Everton’s academy from Chesterfield as a fourteen year old and signed scholarship forms with the Toffees in 2015.

He signed a professional contract at Goodison Park in June 2017, which gave him a one year deal and the opportunity to break into their under 23’s side. Despite only playing six times in the season which included four substitute appearances, Bramall was offered another deal in 2018 but was released by Everton in the summer after only one appearance during the season. In his two appearances for the Gladiators, Bramall has shown impressive speed and the ability to take on opposing defenders, being unfortunate not to score on numerous occasions.

Matlock will still be hoping to add further to their squad before the new league campaign gets under way at home to Bamber Bridge on Saturday.