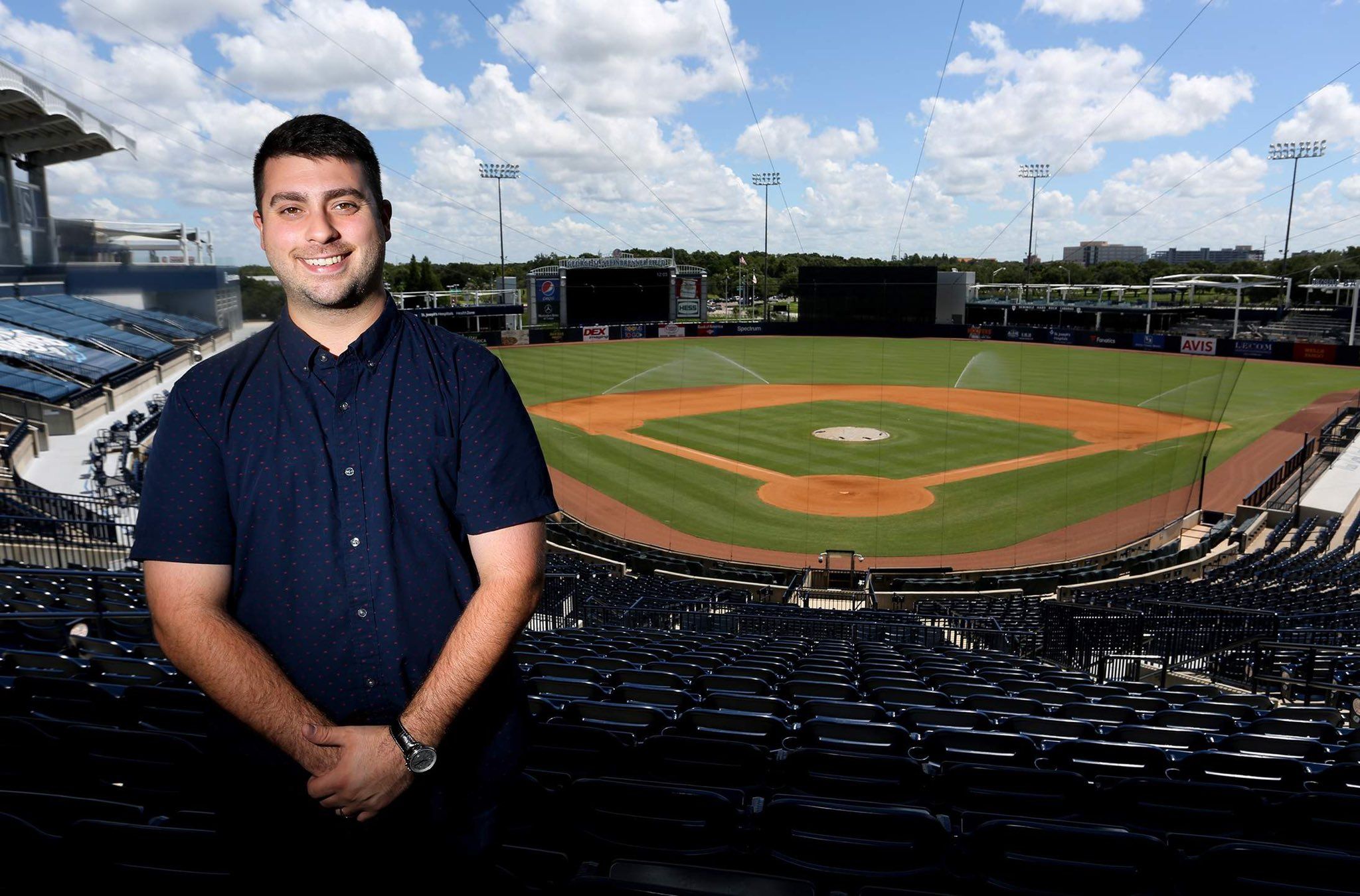 Robert Molloy, the Hollywood based film producer and grandson of former New York Yankees owner George Steinbrenner, has accepted an offer to become a Vice President at Matlock Town following his donation of £3500 to the Gladiators Just Giving fundraiser.

Matlock set up the page with the target of raising £15,000 to bridge the gap in lost revenue caused by the cancellation of their last six home games of the 2019/20 season after the Covid-19 outbreak.

Mr Molloy gave an initial £500 at the outset and then donated a further £3000 which saw the total smash through the £15,000 mark on Monday. He has also helped local amateur club Wirksworth Ivanhoe and Denton Town juniors in Manchester, the club Matlock manager Paul Phillips’ son plays for.

Born and raised in Tampa, Mr Molloy has worked for the New York Yankees since the age of thirteen in a number of roles and he says this has given him invaluable experience in sport administration.

“It’s one of the biggest sports franchises in the world, I learned a great deal. Of course, I had some of the best mentors including my uncle and grandfather, my grandfather was world renowned in sports as the boss, he taught me everything I know.”

Mr Molloy’s fascination with the non league game and Matlock Town’s history knitted together the bond between him and the Gladiators.

“Last year I wanted to know more about the non league teams and the fact that Matlock have been around for about 145 years intrigued me. I wanted to become more involved with the club so when Tom, the Chairman contacted me asking if I would like to be an honorary Vice President, I was delighted to accept. Going forward, I’d like to ensure that the club’s successful, has the passion and the heart to move on up the leagues.”

The new Vice President cannot wait to see the Gladiators in action and meet players, management, officials and fans at the Proctor Cars Stadium.

“Whenever we get the schedule for the upcoming season I’ll be there for the home opener and possibly before to check the grounds. I’m greatly looking forward to meeting everyone.”

The Covid-19 crisis has put that appointment on hold for now but Mr Molloy, who produced the 2018 film The Little Mermaid, is sure to receive a warm welcome in the Derbyshire Dales.

“We’re absolutely delighted that Rob has accepted our offer to become a Vice President. What he’s done for us so far is fantastic and we’re all looking forward to meeting him in person and showing him what a great little club we have here” said Matlock Chairman Tom Wright.