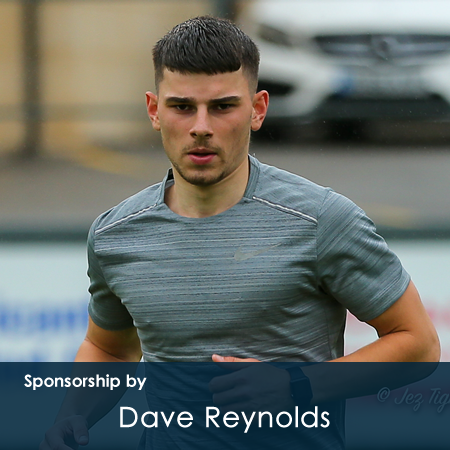 New signings are finally being announced at the Proctor Cars Stadium ahead of the 2020/21 campaign. One of those new signings is midfielder Callum Dolan who has made the switch from fellow NPL Premier Division outfit Radcliffe.

I (Matthew Rhodes) had a quick chat with Callum to find out his thoughts on joining the Gladiators and what he’s hoping to achieve in the season ahead.

What attracted you to Matlock Town? How did Paul Phillips and Dave Wild sell the club to you?

“Well, you know what Dave’s like, he can talk! This is a building block in my career. Dave Wild is a good guy, I know him from my local area and I’ve worked with him. I believe that this is the place to be for a young person like me to try and move up in the world. Paul Phillips and Dave Wild know what they want and know what they’re going to get. These two guys are going to take the club forward.”

From a personal perspective, I know that you’ve been at a few clubs already and you’ve not had a long spell at a club yet. Do you see this move as a good opportunity to add some stability into your career?

“It’s what I needed really. It’s a great opportunity for me to push myself. I’ve been in the Football League and I’ve not really got what I wanted out of it. But with this, having the stability there, getting the deal sorted early so I can focus on next season – hopefully this will bring the best out of me.”

It’s been an interesting past few months for Matlock Town with a new chairman and the arrival of a new Vice-President. Do you feel like you’re joining this club at an exciting time?

“Yeah, definitely. With the man from America and his background, it is exciting. He’s got a big sporting family and it’s something that Matlock can really benefit from and for us as players, it gives us a lot of confidence knowing that there’s someone there with that background.

What’s it been like trying to train during a lockdown and how do you go about preparing for a season when it still doesn’t have a start date?

“It’s tough because you always want to be training towards a goal. I’ve got a good team around me. I’ve got a nutritionist and a guy that goes through the training programme. I’m expecting to be in one of the best shapes I’ve ever been in and I’d like to dedicate that to some of the lads I’ve been working with.”

Is it Matlock Town’s ambition to finish in the play-offs for this coming season? What do you hope to achieve personally from the 2020/21 campaign?

“I watched Phillo’s (Paul Phillips) interview yesterday and I agree with him - we want top! I want us to take this league and run with it. For me personally, I want plenty of goals and I want to be top of the assists. The team that we’re assembling should be one of the best teams in this league. I’m very, very excited."